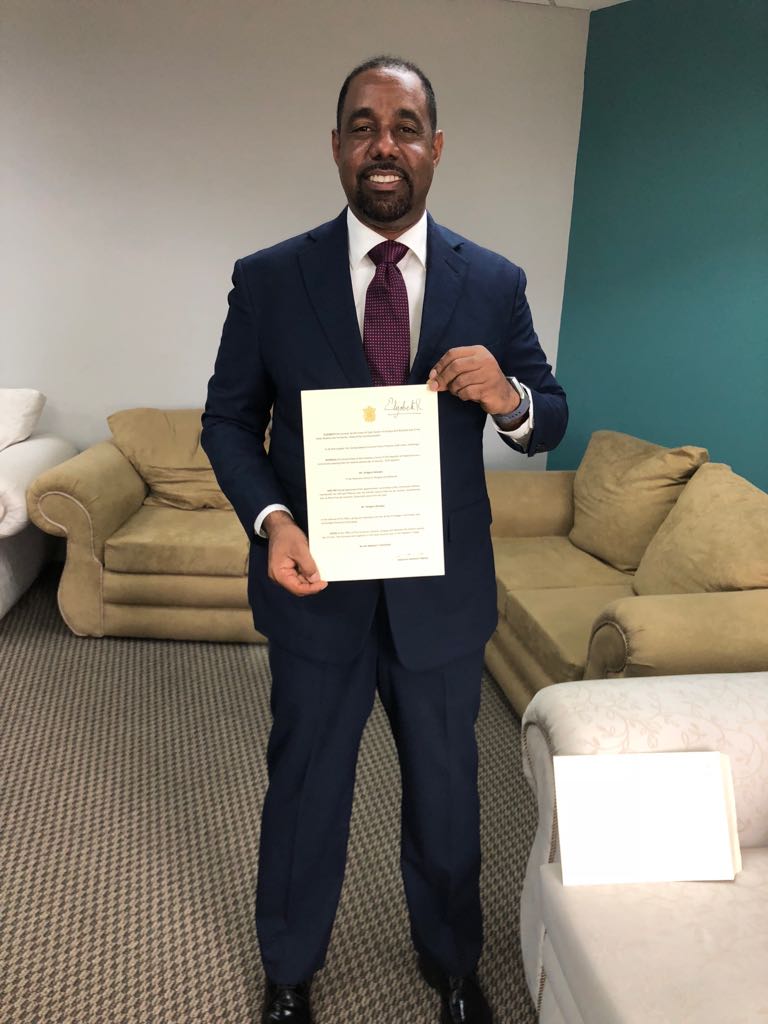 Poland has named Chief Executive Officer of the West Indies Oil Company (WIOC), Gregory Georges, as its Honorary Consul to Antigua and Barbuda.

At a brief ceremony held on Thursday, Foreign Affairs Minister, Hon. E.P Chet Greene, presented Georges with his Exequatur, which in diplomatic terms is a written official recognition and authorization of a consular officer issued by the government to which he is accredited.

Georges was appointed by the Polish government earlier in the year awaiting the final acceptance of that appointment from the Antigua and Barbuda government.

Minister Greene offered congratulations to Georges as he expressed the wish of the government and people of Antigua and Barbuda for strengthening the bonds of friendship between Warsaw and St John’s.

Georges undertook to do his part to build on the ties already established between the two countries.

Antigua and Barbuda established diplomatic ties with Poland in September, 2005. The Police ambassador for the Caribbean is based in Bogota, Colombia.