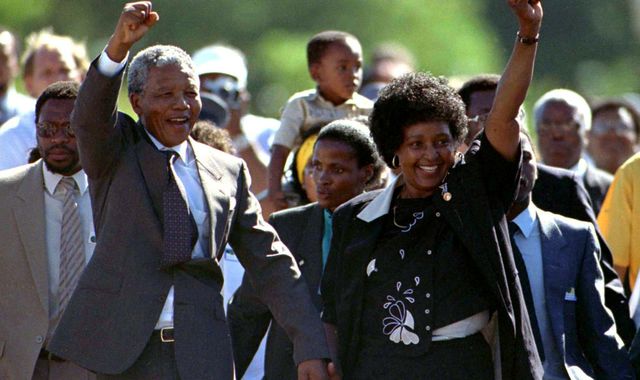 The couple – famously pictured hand-in-hand as Mr Mandela walked free from prison after 27 years – were a symbol of the anti-apartheid struggle for nearly three decades.

However, in later years her reputation became tainted legally and politically.

Her family are expected to release a statement later today.