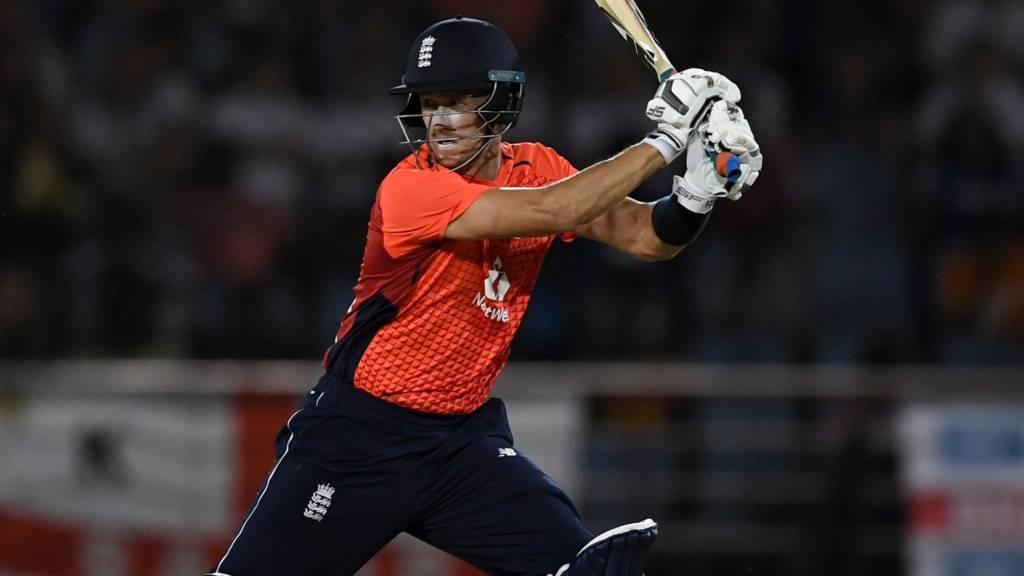 West Indies capitulated for the second lowest total in Twenty20 Internationals and their lowest ever, to hand England their biggest ever victory in the format, with a stunning 137-run win here Friday.

Chasing a challenging 183 for victory at Warner Park, the reigning world champions were bundled out for 45 in the 12th over, with Barbados-born seamer Chris Jordan scything through the innings to finish with four wickets for six runs from just 12 balls.

The Windies’ previous lowest in T20s was 60 against Pakistan last year, when a weakened side toured for the historic three-match series.

Seamers Liam Plunkett (2-8) and David Willey (2-18), along with leg-spinner Adil Rashid (2-12) all finished with two wickets each as West Indies conceded the three-match series, following their four-wicket defeat in last Tuesday’s opener in St Lucia.

Shimron Hetmyer and all-rounder Carlos Brathwaite were the only ones in double figures with 10 runs apiece, in what was easily the Windies’ worst showing on the six-week tour across all formats.

Man-of-the-Match Sam Billings had earlier emerged from a slow start to lash an exhilarating 87 off 47 balls as England recovered from 32 for four in the sixth over to post 182 for six off their 20.

Test captain Joe Root was among the runs with a measured 55 off 40 deliveries, and it was his 82-run, fifth wicket stand with Billings which pulled England out of trouble.

Left-arm spinner Fabian Allen, the hosts’ best bowler with two for 29, helped peg England back by taking two of the four early wickets to fall.

Left-arm pacer Sheldon Cottrell removed Jonny Bairstow for 12 in the third over to a catch at point by Devendra Bishoo, before Allen claimed Alex Hales for eight in the next over, top-edging a sweep to Carlos Brathwaite at backward square at 27 for two.

Captain Eoin Morgan (1) and Joe Denly (2) followed with five runs added in the space of 12 balls to leave the innings in strife.

But Billings, whose first 13 runs required 15 balls, upped the tempo to smash 10 fours and three sixes while Root counted seven boundaries, before perishing via the run out route in the 16th over.

However, Billings ensured a thrilling end to the innings in an electrifying 68-run, sixth wicket stand with Willey (13 not out), as England gathered 44 runs from the last two overs.

Chris Gayle’s demise for five in the third over with the score on 12, lofting left-armer Willey to mid-on, set in train the mayhem which followed for the Windies.

Two balls later in the same over, Gayle’s opening partner Shai Hope holed out on the leg side for seven with a single run added to the total, and left-hander Darren Bravo lasted all of four deliveries before nicking Jordan behind without scoring in the fourth over.

Captain Jason Holder promoted himself to number five but suffered othe ignominy of a first-ball ‘duck’, struck in front to Jordan, as the Windies slumped to 14 for four.

In his next over, Jordan removed Nicholas Pooran for one to a catch the wicket and four balls later, had Allen caught at slip by Root for one off a delivery that bounced.

At 22 for six, the signs of an England rout were clear but Brathwaite seemed to hint at resistance when he cleared the ropes at long on with Rashid in the seventh over.

But off the very next ball, his search for glory ended in misery when he picked out Willey at deep mid-wicket, attempting to clear the boundary again.

Shimron Hetmyer’s demise summed up the chaos, the left-hander top-edging a short ball from Plunkett for Willey to take a juggling catch at square leg, as Windies slid to  35 for eight and in danger of eclipsing the all-time record low of 39 held by the Netherlands.

The final match is set for Sunday at the same venue.