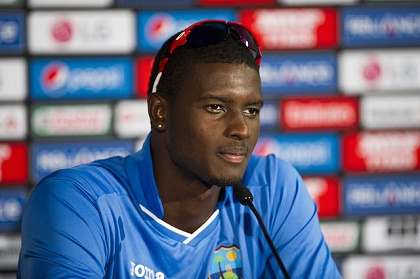 An inspired West Indies captain Jason Holder grabbed an outstanding five-wicket haul to rip Bangladesh to shreds and leave them with a mammoth task of saving the second and final Test.

A whopping 17 wickets tumbled on Friday’s second day at Sabina Park as West Indies, resuming on their overnight 295 for four, lost their last six wickets for 59 runs to be bowled out for 354 in their first innings.

Holder then scythed through the Bangladesh batting to finish with five for 44 – his third five-wicket haul in Tests – while fellow seamers Shannon Gabriel (2-19) and debutant Keemo Paul (2-25) supported with two wickets apiece, as the innings folded for 149.

Veteran opener Tamim Iqbal top-scored with 47, captain Shakib-al-Hasan chipped in with 32 and former skipper Mushfiqur Rahim, 24, but the remainder of the batting buckled under the pressure applied by the pace attack.

In nine overs possible before the close, West Indies lost first innings century-maker Kraigg Brathwaite for eight when he was bowled by left-arm spinner Shakib, to end the day on 19 for one – already 224 runs in front heading into Saturday’s third day.

The opening session was a disappointing one for the Windies as they displayed little of the enterprise of the opening day, and were dismissed about 15 minutes before the scheduled lunch break.

Left-hander Shimron Hetmyer, eyeing a maiden Test hundred when he resumed on 84, added just two before becoming the first casualty of the session when he flirted with one from seamer Abu Jayed outside off and was caught behind in the day’s third over.

Roston Chase, on 16 at the start, saw his poor run of form continue, missing a flick at Abu Jayed and falling lbw for 20 with West Indies on 302 for six.

Wicketkeeper Shane Dowrich paid the price for hitting against the turn and was caught at cover off a leading edge off left-arm spinner Taijul Islam for six and Paul endured a forgettable debut with the bat when he failed to score.

Miguel Cummins followed quickly for a first-ball ‘duck’ but Holder counter-attacked, smashing a pair of fours and sixes in a positive 42-ball, unbeaten 33 as he added 35 for the last wicket with Gabriel (12).

Off-spinner Mehidy Hasan ended with five for 93 and Abu Jayed, three for 38.

On 10 without loss at lunch, Bangladesh fell apart after the interval with Gabriel and Holder sharing the four wickets to fall in the second session.

Liton Das (12) was trapped lbw by Gabriel in the fifth over following the resumption with 10 runs added to the total and Mominul Haque followed two balls later without scoring, edging to Shai Hope at gully.

Tamim struck six fours off 105 balls in just under three hours as he then combined with Shakib in a 59-run, third wicket stand to bail Bangladesh out of trouble.

However, Holder struck twice in the space of three deliveries about 20 minutes before tea, to rock Bangladesh once more. He claimed Shakib, playing on attempting to cut one too close to him, and then trapped Mahmudullah on the crease without scoring.

On 92 for four at tea, Bangladesh lost their last six wickets for just 57 runs to be dismissed 25 minutes before the scheduled close.

Tamim carried the fight initially in a 38-run, fifth wicket partnership with Mushfiqur but became Paul’s first wicket in Tests when he played down the wrong line and lost his off-stump.

Paul trapped Nurul Hasan lbw next ball to find himself on a hat-trick and even though it was averted, Mushfiqur fell soon afterwards when steered Holder to Hope at gully at 128 for seven.

Holder bowled Taijul Islam with his very next delivery only to discover he had over-stepped but atoned for his indiscretion by getting the same batsman bowled for 16, after speedster Miguel Cummins had gained an lbw verdict against Mehidy Hasan (3).

Fittingly, Holder finished off the innings by rattling Abu Jayed’s stumps before the tail-ender had scored.