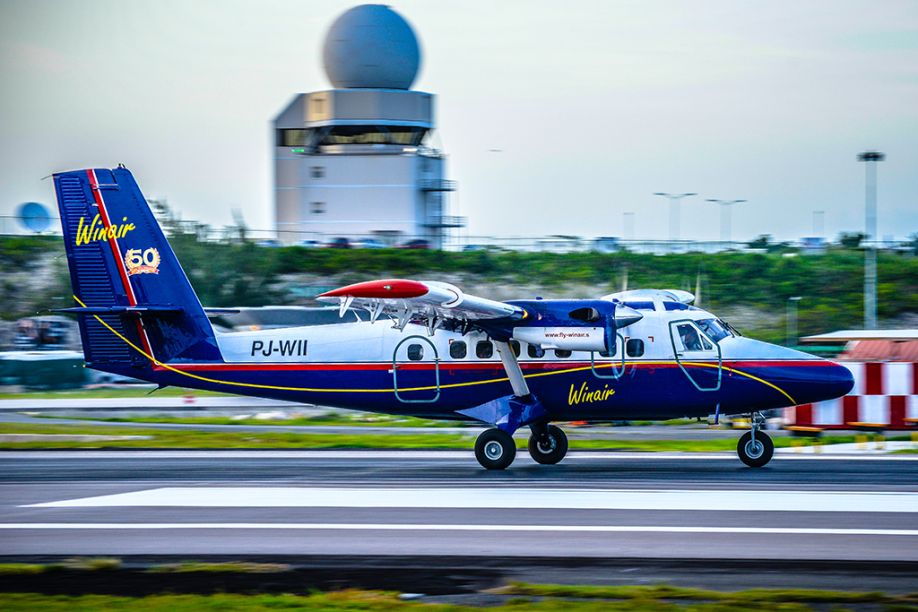 SIMPSON BAY – The Winair shareholders of St. Maarten and the Netherlands attended the Annual General Meeting on July 12th 2017 to receive the Managing and Supervisory Boards report on the company’s business and activities for the fiscal year 2016, and to present the audited financial report for fiscal year 2016.

The independent auditors report was delivered with the mention of “unqualified” or “clean” opinion to the shareholders, and a net profit of USD3.89 million was appropriated and posted to the reserves.

The positive results that the company has been posting for several years now, has eroded the accumulated negative equity of past performances under the previous Netherlands Antilles shareholder, and has reached to the point now that this forward trend can and will result in a positive equity position within two years if not less.

In anticipation of this, the shareholders will be reviewing the dividend policy with the Supervisory and Managing Board to ensure that the approved budgeted annual investment capital requirements can be met while leaving space for the shareholders to declare dividends on earned net profits.

The Supervisory Board is super excited about this milestone as it was only six years ago at their first board meeting the question was raised, “Do we declare Winair bankrupt?” Thankfully with the multitude of reports studied beforehand, the Supervisory Board of directors had unanimously agreed that the fundamentals for the company needed to be reset with the right management team to execute it.

Besides the fact that Winair is doing very well financially, through the leadership of Chief Executive Officer (CEO) Mr. Michael Cleaver, the company continues to grow operationally enhancing the bottom-line. The Supervisory Board echoed the sentiments given by the CEO in his report, that the company’s most valued assets are its employees as their hard work and dedication to serve the Winair customers has made and continues to make the difference in the turnaround of the airline.

Already very pleased with the “clean opinion” thanks to the dedicated efforts of our Chief Financial Officer (CFO) Roberto Gibbs and his team, the other managers and staff, too numerous to mention, have done an excellent job in helping the company to achieve goals set forth such as route expansion, codeshare and interline agreements, security and regulatory auditing and certifications, and expansion of ground and passenger services to 3rd parties, amongst so many.

It should not be forgotten that the vision of management to work with regional and international partners to build connection bridges allowing passengers flying into and out of, or around the Caribbean, safely, conveniently, and as comfortable as possible, has been a key component to its success.

It is a testament to the competence level of Winair to meet its regulatory certifications and auditing processes that can rival larger international carriers. This is a highly-regulated industry requiring investments in training, certification, documentation, and maintenance programs, so management makes it their mission to get it right for the safety and comfort of its customers and employees.

In closing the meeting, the Chairman congratulated the shareholders for having a fine company with a bright future ahead of it.