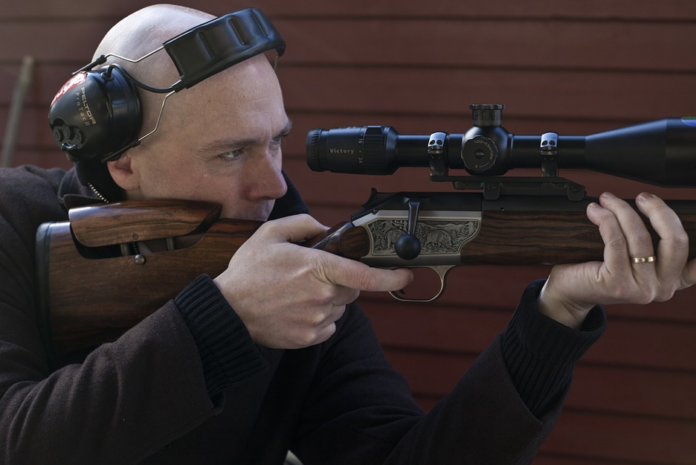 When it comes to using your rifle for sporting events or hunting, there are various sights and scopes to choose from. It comes as no surprise that people are big fans of iron sights, as it represents a significant part of the firearm’s history. Many gun enthusiasts can recount the exploits of snipers that utilized iron sights during an era when the scope was yet to be produced.

Even during the time of the scope, people still preferred the iron sights due to their simple yet effective design. Those used to the iron sight often felt like they didn’t have to bother with a scope. That said, times have changed. Here are some reasons why using your iron sights while hunting is suboptimal.

Those who still rely on iron sights to this day might be seen as a little too traditional (even elitist) due to how easy it is to purchase a far more effective gun sight. It’s similar to refusing to purchase a current smartphone because their old Nokia still receives texts and calls. There comes a point when it stops being traditional for the sake of being traditional and steps into inefficiency and even dangerous territory.

For example, learning about the ins and outs of a holographic or red dot sight shows how obvious it is that those sights are far more effective than iron sights in any situation. Many top-quality manufacturers also sell these sights at affordable prices, making it an obvious choice for most gun owners.

Typically, the only time it’s a good idea to go for iron sights when hunting is if you’re looking for small game animals with a handgun. Hunting with a small firearm can be freeing, so it’s understandable why people would go for iron sights. Even then, handguns still benefit from modern sights, especially when the sun starts to set. Relying on your iron sights is fine enough in some situations, but what about the late afternoon under heavy cover? Are you confident you can hunt your prey with iron sights, then? Even if you are, having other sights and scopes can save you hours of hard work.

The top snipers were known to make miraculous shots with their rifles with nothing but the help of their trusty iron sights. However, the maximum effective range of a gun with iron sights is far less than a rifle with an adequately calibrated scope. So there’s no need to handicap yourself by trying to be traditional, as more effective gun sights can give you the results you want without having to put in so much work.

At the end of the day, hunters should prioritize risk management over everything else, as hunting is not a risk-free endeavor. There’s no need to rely on iron sights if you can instead work on getting results with the help of a far more effective gun sight or scope.