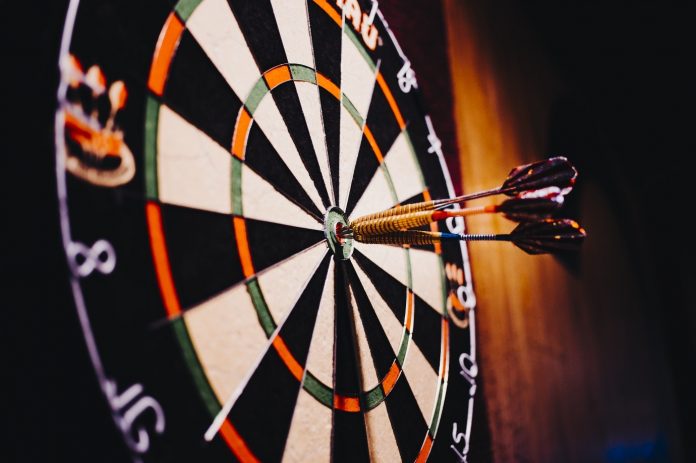 2020 has certainly been a very strange and different year, but one thing remains the same – Alexandra Palace will be opening its doors as it hosts the 2021 World Darts Championship later this month. While, of course, there are a number of changes and restrictive measures in place – no fancy dress and chanting, being two of those – fans will still be allowed in their numbers (up to 1,000 per session). While the latest darts World Championship odds favour last year’s runner up and three-time title holder Michael van Gerwen, let’s take a look back at the previous three winners.

The Scot won his first ever title when he beat van Gerwen in the final 7-3, winning £500,000 in the process. He was the seventh seed based on his Order of Merit and entered the tournament at the second-round stage. He was first taken all the way to five sets, but beat Filipino qualifier, Noel Malicdem, 3-2. A second Asian qualifier followed in the third round, but Wright’s superior advantage saw him win the game 4-2 over his Japanese opponent. He was tested again in round four, with Dutch player Jeffrey de Zwaan slowly edging his way back into the contest, but Wright progressed to the quarter final, winning 4-3.

The subsequent rounds seemed plain sailing, with neither game going the distance – he first beat Luke Humphries, before a 6-3 triumph against Gerwyn Price. This set up his second final in six years. But this time he exerted revenge on van Gerwen, making up for that 2014 defeat, and winning the game 7-3 – despite a lower three-dart average and fewer 180 scores.

2019 marked van Gerwen’s third WDC title, in only his fifth final – but this edition of the Championship was marred by the news that Phil ‘The Power’ Taylor wouldn’t be present for the first time since 1989. Still, that loss was the Dutchman’s gain – and by Order of Merit, he was the number one seed. He made it through the early rounds pretty convincingly, although during his round two walk-on, he had beer thrown at him by the crowd. Unperturbed and in a new shirt, he beat Alan Tabern 3-1.

4-1 demolitions of Max Hopp and Adrian Lewis followed. Van Gerwen was dominant through the latter stages too, and despite being the bookies’ favourite ahead of the tournament, was a worthy winner. He triumphed in the quarter-final 5-1, before a 6-1 thrashing in the semis to warrant his place in the final. Michael Smith was making his debut in the final, and van Gerwen’s class showed, as he beat the Englishman 7-3.

Back in 2018, Cross was making his debut in a WDC final, and he has a 100% success rate when it comes to finals’ appearances and titles. He defeated some big names en route to and including, the final – and it was a year where shocks were aplenty on the oche. The Power made history as he played in his 29th Championship, surpassing the record he had shared with John Lowe, but sadly, there was no 15th title for Taylor, as he was beaten in the final by compatriot, Cross.

In the semi-final, he had beaten the defending champion, van Gerwen, but it had been a much tighter affair – an 11-set epic battle, in which, the tide kept on changing.

It topped off a sensational debut year for Cross, who had only turned professional at the start of 2017. He had risen up the rankings, courtesy of four event wins and reaching the European Championship final – but there’s no denying, this would have been the cherry on top of the cake for the former electrician!