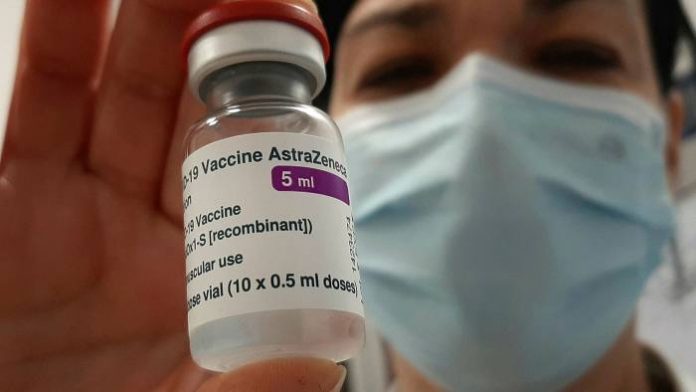 The World Health Organization has recommended the Oxford/AstraZeneca coronavirus vaccine for use worldwide by all adults, including the elderly, in a boost for the jab after a series of setbacks.

The WHO’s Strategic Advisory Group of Experts on Immunization (Sage) said the vaccine could be used by all people over the age of 18 in all countries, including places such as South Africa where the circulation of new variants had raised some concerns over its efficacy.

Some countries, such as France and Sweden, have restricted use of the shot to younger adults, citing a lack of sufficient trial data for the elderly, but WHO officials stressed on Wednesday that not all nations had a choice of which vaccine to use. “Immune responses induced by the vaccine in older persons are well documented and similar to those in other age groups,” the WHO recommendations said.

“This suggests it is likely that the vaccine will be found to be efficacious in older persons.” The WHO also recommended extending the time between the first and second dose to improve efficacy, echoing a strategy already being employed in the UK. Recommended Covid-19 vaccines Covid-19 vaccine tracker: the global race to vaccinate “In light of the observation that two-dose efficacy and immunogenicity increase with a longer interdose interval, WHO recommends an interval of eight to 12 weeks between the doses,” it said.

The WHO is likely to follow the recommendation by issuing an emergency use listing for the vaccine as early as Monday, according to people familiar with the matter. Soumya Swaminathan, the WHO’s chief scientist, told reporters the processes were “independent, but co-ordinated”.

She said the emergency use listing also looked at the manufacturing process, among other things. Although authorisation by the WHO is not required by national governments to use the jab, it is needed for the WHO-led Covax vaccine programme to begin distribution of the shot to participating countries.

Oxford/AstraZeneca doses represent a large proportion of the vaccines procured by Covax so far. Preliminary, limited findings from a trial in South Africa last week showed the vaccine had reduced efficacy against milder disease caused by the 501.V2 variant, raising concerns over whether the vaccine could still be widely used. Oxford university and AstraZeneca have said they expect the vaccine to protect against more severe disease and death, caused by the 501.V2 variant, though no data is publicly available yet.

Preliminary evidence shows it is effective against the B.1.1.7 variant first identified in the UK. The partners have said they are working on a tweaked vaccine to provide better protection against new variants, which they expect to be available in the autumn if needed. Alejandro Cravioto, chair of the WHO’s Sage panel, said there was “no reason” not to recommend the vaccine’s use in countries where the 501.V2 variant was in circulation, given the jab was expected to remain effective at preventing severe disease and hospitalisation.

Kate O’Brien, head of the WHO’s department of immunisation, vaccines and biologicals, said the jab was “efficacious” and “an important vaccine for the world given the short supply that we have”. Oxford university welcomed the news, saying the new guidance marked “a key step” in providing global access of the vaccine. Swaminathan called on global genomic surveillance capacity to be increased, in an effort to achieve better control of where variants were circulating. “A vaccine now is much better than waiting,” she said. A total of 130 countries, representing almost 2.5bn people, have not yet administered a single dose of any vaccine, Unicef and WHO said.