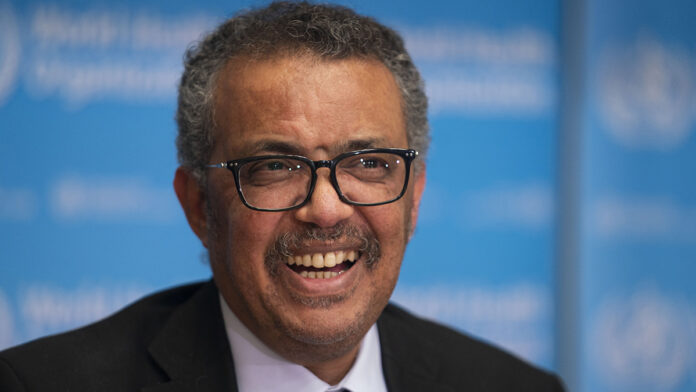 (AP) — World Health Organization chief Tedros Adhanom Ghebreyesus laid out more plans Tuesday to fight the virus as he pitched his case for a new five-year term and faced criticism from his own country — Ethiopia — over his comments about the embattled Tigray region.

Tedros, who like many Ethiopians goes by his first name, is running unopposed for a second term as WHO director-general. That makes his presentation to the UN health agency’s executive board a bit of a formality, since he is all but certain to win re-election when the WHO Assembly takes place in May.

Recently, Tedros, an ethnic Tigrayan, has come under new criticism from Ethiopia’s government, which has been fighting militants in Tigray, for his comments on Twitter and elsewhere that condemned Ethiopia’s blockade of international access to Tigray. He said WHO had not been allowed to send any humanitarian aid to the region since July, and has called for “unfettered” humanitarian access to Tigray, whose people are facing enormous hunger amid the war.

Ethiopia’s government, in a January 14 news release, said it had sent a letter to WHO accusing Tedros of “misconduct” after his sharp criticism of the war and the humanitarian crisis in the Horn of Africa country. The government nominated him for the job in 2017, but has since accused him of interfering in Ethiopia’s internal affairs, and claims he has “not lived up to the integrity and professional expectations required from his office”.

His current term as WHO’s top official — perhaps the highest-profile job in global health — has been overshadowed by the COVID-19 pandemic. Under Tedros, WHO faced sharp criticism from former US President Donald Trump over its early handling of the crisis and has faced pressure over its approach to China, where the outbreak first emerged two years ago.

Last year, independent investigators turned up dozens of cases of sexual abuse and exploitation in Congo during a WHO-led response to an Ebola outbreak there in 2019.

Tedros said Tuesday he was “horrified” by those reports, saying the agency’s response to them has been “robust” and his commitment to preventing such exploitation, abuse and harassment “with a victim- and survivor-centred approach is iron clad”.

Many countries have ignored or rejected WHO advice on ways to tackle COVID-19, such as its calls to avoid blanket travel restrictions, or its calls to share vaccines and the technological know-how to make them with less developed nations.