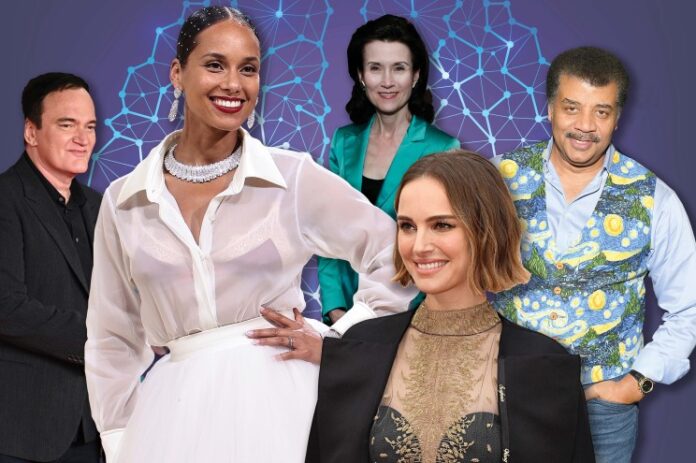 We’ve all heard of book smarts and street smarts but is there such a thing as astro smarts? Could your zodiac sign predetermine your intelligence?

Well in terms of astrology, there’s no one star sign that fits all for geniuses as we’re all capable of moments of searing brilliance and abject foolishness.

While being a smart cookie improves your chances of a long life span and a decent salary, it does not correlate to increased happiness. As the following list shows, it ain’t what you have but what you do with it that counts in this world.

What signs are the smartest?

Astrologically speaking, all signs bring a different brand of intelligence to the table. Elementally, fire signs are tenacious enough to take risks. Earth signs have a practical, what-to-do-in-the-event-of-a-zombie-apocalypse kind of wisdom. Water signs have a heightened emotional intelligence that enables them to predict the needs of others — and blackmail them if necessary. Inspiring air signs are able to use their intellect to lionize others for a cause or for their own personal gain.

The brilliance of Aries lies in their fearless approach to both attempts and failures. Aries rules the head and their ideas are routinely loud and often inspired, hindered at points by their anger and impatience. Enter unabashed Aries and uncontested musical genius Johann Sebastian Bach. A wig wearing hell-raiser in his day, he used his understanding of musical theory and mathematics to channel his rage into scales, effectively transforming Aries’ most famous weakness into high art. In keeping with that same flame, controversial Aries Quentin Tarantino, who allegedly has an IQ score 160, has managed, through film, to transmute the scorched earth/revenge fantasies of his imagination into cultural catharsis.

Taurus is ruled by Venus, planet of love, beauty and decadence. The brilliance of the bull is best expressed through their ability to revolutionize and revel in earthly delights. A fact made manifest through Taurean food genius, pioneer of molecular gastronomy, and reputed best chef in the world Ferran Adrià. Represented by the Hierophant tarot card, Taurus’ duty is to distill the celestial into the tangible, and preferably the edible. Taurean sensuality and sensibility is further expressed through philosophizing bull John Stuart Mill, who helped define and promote utilitarianism, a theory of ethics predicated on the belief that if it feels good, it is good, otherwise known as the gospel according to Taurus.

Gemini is a mutable air sign renowned for mental agility and questionable morals. Ruled by Mercury, planet of communication and travel, Geminis are predisposed to language and resistant to restriction. Enter Gemini genius Sabrina Gonzalez Pasterski, who built her own plane before she could legally drive a car, was a Harvard Ph.D candidate by 21 and had her research cited by none other than geek regent Stephen Hawking. Gemini actress Natalie Portman, who graduated from Harvard but inexplicably chose to star in not one but two Thor movies, exhibits the versatile, high and low nature of Gemini.

The wateriest of water signs, Cancer is adept at sensing and responding to the moods and intentions of others — a clear advantage in chess, sex and political warfare. Because Cancers don’t really subscribe to boundaries, they naturally expand them. Harvard-educated mastermind Alfred Kinsey used all of his Cancer-ian prowess to get Americans to open up the floodgates of their sexual preferences and practices. Cancer is ruled by the moon and by shedding light on the shadow parts of the self; likewise, Kinsey took a fledgling step toward bringing the world into a new dawn of exploration and acceptance.

Equal parts fierce and friendly, Leo possesses unrivaled social intelligence, making lions well-suited for leadership, litigation, advocacy and PR crisis management. Leos like to win and to be seen and view underestimation as a personal challenge. They struggle with competitive pettiness and can, at times, drink too much of their own Kool-Aid. Genius lion and appropriately monikered Marilyn vos Savant holds the title of highest IQ in the Guinness Book of World Records — a distinction she parlayed into a successful writing career. In addition to being the smartest woman in the world, Marilyn is an absolute smoke show, a fact that, along with her gender, has long made her a target for trolls, mansplainers and David Letterman.

Equal parts inspired and tortured by their ability to see the potential in all things, Virgos have a reputation for perfectionism. This dedication to flawlessness often inhibits the full expression of their genius. In it to sate their curiosity more than collect accolades, Virgos are chronically overlooked for their accomplishments and incomparable gifts. Such was the case for visionary Virgos Katherine Johnson and Dorothy Vaughan, whose brilliant minds and grossly under appreciated efforts were essential to NASA’s advancement toward the furthest reaches of space. 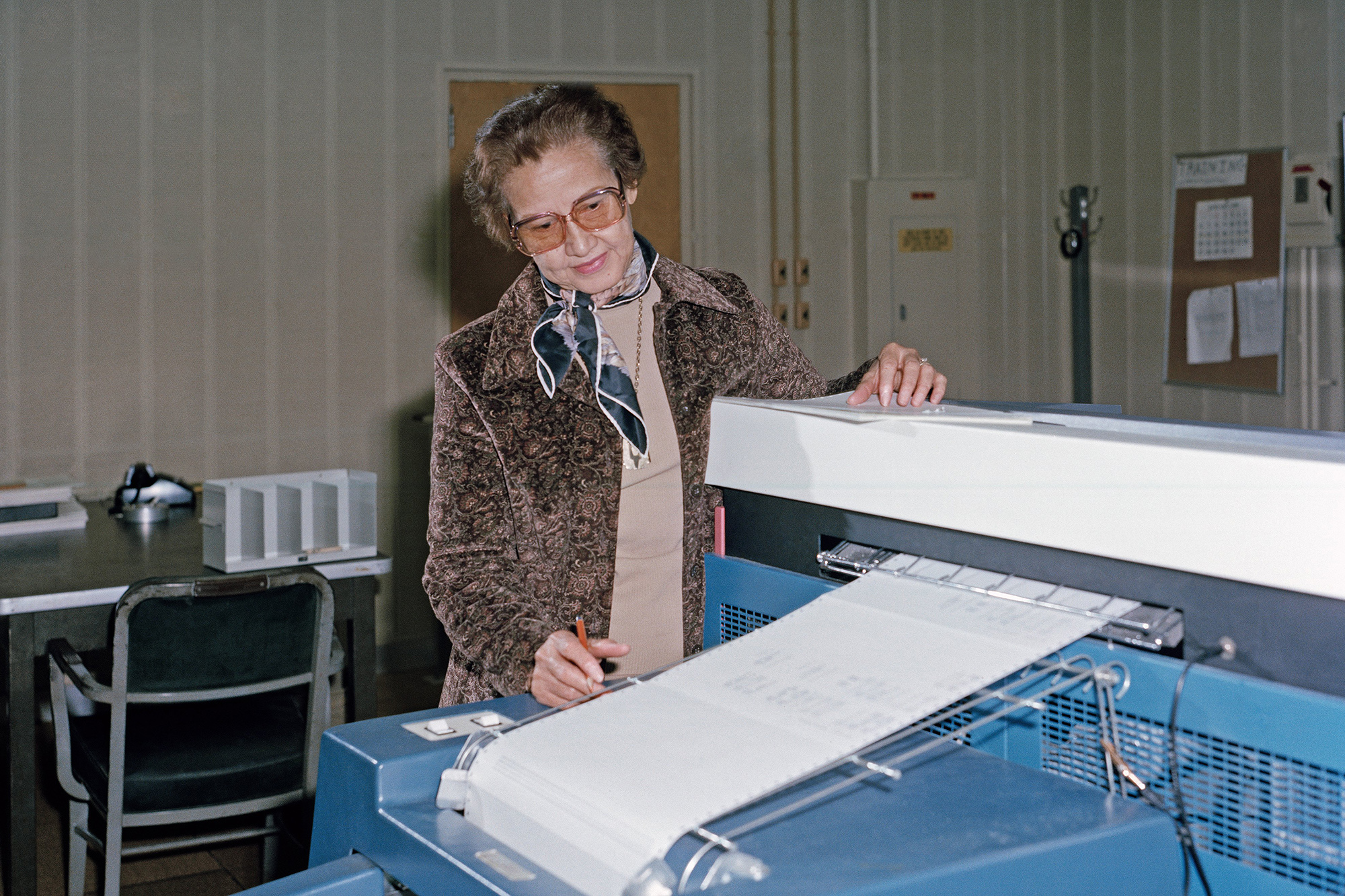 Represented by scales and balances, Libras are the diplomats of the zodiac. Ruled by Venus, they make ideas attractive, overhead light flattering, and people feel important. The branding of their own brilliance is an apex skill of the Libra ilk, expressed in the affable air of Libra astrophysicist Neil deGrasse Tyson. Libras are known for their charm, humor and social graces, as Tyson’s dad joke-laden Twitter feed makes manifest.

The investigator of the zodiac, shrewd Scorpio excels at research, stalking and paranormal exploration. The obsessively curious nature of the scorpion was brought to its highest form in double Nobel Prize-winning scientist Marie Curie, pioneering cancer specialist Dr. Jane Cooke Wright, and OG WiFi inventor Hedy Lamarr. Scorpio is ruled by death planet Pluto and these folks tend to have a natural inclination towards the dark and subterranean. The lower vibrations of the sign are exhibited by privileged Scorpio genius Nathaniel Leopold, who spoke nine languages, had an IQ of 200 and conspired to commit the perfect murder, just for kicks — an example of the danger of genius gone awry and a Scorpio gone too far.

Sagittarius rules the ninth house of long term travel, higher learning and general expansion. Sagittarians revere the truth and often deliver it swiftly and without tenderness. Archers are seekers and lifelong learners who live to share what they know, with or without provocation. Natural idealists, they believe in the innate goodness of mankind and think of themselves as stewards of our higher selves. Enter brilliant, prolific linguist, activist and Sagittarius Noam Chomsky, the most cited living author in existence, and fellow archer and bacteriologist Robert Koch, who essentially discovered germs and is credited as the father of public health.

Capricorn is represented by the sea goat, and fittingly these folks are part mystic, part realist, like the dude who invented LSD and Cap daddy physicist and unlikely celebrity Lothario Stephen Hawking, who effectively revolutionized our conception of the universe. As an earth sign, part of Hawking’s gift was distilling complex theories and concepts into accessible information. Like a hot girl transformation movie montage he made subjects previously thought of as dense, unapproachable and even boring seem like sexy, vital points of interest.

Ruled by stern Saturn and rabble-rousing Uranus, Aquarius rides the line between tradition and revolution. Aquarius is doubly blessed by the influence of two planets, which gives them the freedom to imagine the wildly unimaginable and the structure to see their ideas through to fruition. Galileo ‘inventor of the telescope’ Galilei was a water-bearer, as was Microsoft founder Paul Allen and Gertrude Stein, who reshaped modern language by first mastering the art of it. In typical avant-garde space cowboy fashion, fellow Aquarian Alicia Keys graduated as valedictorian at 16 from the Professional Performing Arts School and eschewed a full ride to Columbia to focus on music — emblematic of the breaking from tradition in favor of inspiration that’s endemic to her sign.

Equally susceptible to dreams and the nightmare of self-delusion, the gift of Pisces lies in their ability to see through and believe beyond the veil of reality. In the highest expression of that POV, we find Pisces Nobel Laureate and father of magical realism Gabriel García Márquez, who beautifully blended the ordinary and the sublime. Compassionate and absorptive, Piscean intelligence borders on the psychic, able as they are to dip their toes and teacups into the collective river of human consciousness.

Unsurprisingly, many a tortured genius has been born under the stars of the fish, including but not limited to Victor Hugo, Jack Kerouac and Kurt Cobain. The word smart derives from the Old English “to cause pain,” and perhaps no person on the list demonstrates the acute truth of that definition like genius Pisces Albert Einstein, whose research and insights led to the development of the atomic bomb.