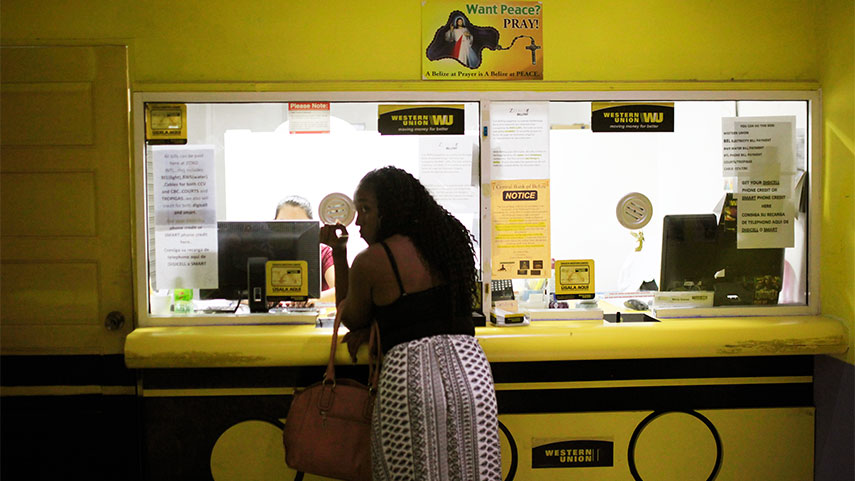 The Antigua agent of Western Union is denying allegations that the company was suspended indefinitely, for failing to comply with the Anti-Money Laundering (AML) and Countering Financing of Terrorism (CFT) Act imposed by the Office of Money Laundering & Control Policy (ONDCP).

Yolanda Giles-Levy, Communications and Sponsorship Manager for Grace Kennedy Money Services, the agents for Western Union in Antigua, says the closure “has absolutely nothing to do with money laundering and claims that she was “stunned” when those allegations were reported by media in Antigua because they “are absolutely not true”.

“The system for Antigua has to be sorted out ASAP, there is no uniqueness and it was just Antigua’s time,” she said during an on-air interview with the Observer Media.

Giles-Levy however stopped short of detailing why the agents representing Western Union in Antigua were the only ones targeted in this “service upgrade”.  She also refrained from saying whether the ONDCP recently met with the organisation to conduct a review of its operations, as was reported.

When asked whether the system upgrade had anything to do with a review by the ONDCP, she simply replied “no”.

The agent representative claims that the company was unable to continue offering its service while the upgrade is being carried out because “of the nature of the upgrade”, but failed to specify the exact nature.

“Western Union has among the strictest compliance regulations across the World, even stricter than banks. Many countries look to Western Union to see how they too can improve their compliance so when we are doing our upgrades we have to be very careful and we have to ensure that what we’re doing is absolutely perfect,” she explained.

Giles-Levy was also unable to give a definite time as to when operations would resume and added that it is “taking longer than we had hoped but we do hope to get back the service soonest”.

“I really can’t give you a definite timeline, just know that we are working assiduously to get the system back up and running because we do know it’s an inconvenience,” she added.

According to the representative, the disruption right now is just for Antigua, the other 11 markets across the Caribbean are up and running. She also said that Western Union is continuing to look at the system throughout the region and it has been taking steps to adhere to the anti-money laundering systems and protocols of each market.

Western Union franchises across the World have in the past been involved in fraudulent activities and in 2017; the U.S Department of Justice fined the company for violating anti-money laundering laws.

In its agreement with the Justice Department, the article noted that the Western Union admitted to criminal violations including willfully failing to maintain an effective anti-money laundering (AML) program and aiding and abetting wire fraud.

Western Union services across Antigua have been unavailable since Saturday, May 5th 2018.