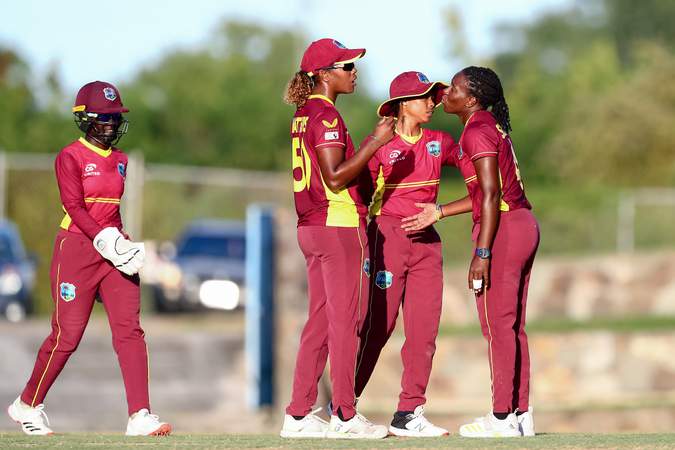 Another dismal display with the bat saw the West Indies Women lose the first T20 International against England by eight-wickets on Sunday at the Sir Vivian Richards Stadium here in Antigua.

Rashada Williams scored 23 and Chinelle Henry 21 helped the home get past the 100-run mark in the face of incisive bowling from Player of the Match Lauren Bell, who took 3-26.

Heather Knight, Nat Sciver, and Katherine Brunt each claimed a wicket against the hosts who limped to 105-7 from their allotment of 20 overs.

No West Indies bowler managed to claim a wicket as opener Sophia Dunkley and Lauren Winfield-Hill were dismissed by run-out for 25 and 15, respectively.

A distraught Henry was critical of her side’s batting after yet another poor showing against their English rivals.

“To be three, four wickets down in the first 10 overs with no kind of runs on the board, that is where we fell short, since the ODI series we’ve been struggling with the bat,” she said.

“We just have to pick ourselves up and keep going.

A couple of us got short partnerships going to get us to 100 but it wasn’t enough.

It was really good to see little Djenaba Joseph standing up against Katherine Brunt, facing her head on, and to have an Under-19 player in our squad so fearless is a move in a good direction for us.”

The series now moves to the Kensington Oval, where the teams will meet for the remaining four matches on December 14, 17, 18 and 22.