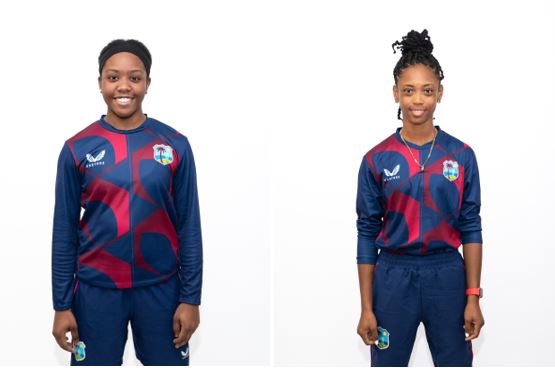 The Cricket West Indies (CWI) Selection Panel today named a 14-member squad for the first two T20 Internationals against England Women. The opening match is on 11 December at the Sir Vivian Richards Stadium in Antigua with the second on 14 December at Kensington Oval in Barbados.

Djenaba Joseph and Trishan Holder, members of the West Indies Women U19 Rising Stars team have been called up as replacements.

Holder and Joseph are currently in Antigua for a high-performance camp with the U19 Rising Stars ahead of the ICC Women’s U19 World Cup in South Africa in January 2023.

Lead Selector Ann Browne-John said: “The upcoming T20 series is vitally important as the team continues its preparations for the World Cup in February 2023. With some of the senior players missing out through injury, it is an ideal opportunity for the other players to start cementing a place in the World Cup team.”

Browne-John added, “Based on injuries in the CG United ODI series Chedean Nation and Shakera Selman have been ruled out at this time.

Two members of the Under 19 World Cup squad, Djenaba Joseph and Trishan Holder, who have been making great progress, have been named to the squad and we believe that they will fit in well and absorb the experience.

Karishma Ramharack returns to the team after missing the ODI series due to injury and Shamilia Connell who was on the injured list for the ODIs is also expected to be ready to be considered for selection later in the series.”

Tickets are just US$9/EC$25 for the 1st T20I in Antigua. For the four T20Is in Barbados, Greenidge & Haynes stand tickets will be US$10/BD$20 with 3Ws stand tickets behind the wicket available for just US$15/BD$30.

Fans can purchase tickets in advance from the WindiesTicket online service, presented by Mastercard at tickets.windiestickets.com receiving their tickets securely into their online account to save to mobile devices or print out for presentation at the stadium, avoiding the need to queue at or travel to the stadium ticket offices.

Ticket offices at each venue will be open on the day of each match.

Fans can watch all matches live via streamed coverage on the Windies Cricket YouTube channel, as well as on the ESPN Play app. Fans in the UK will be able to view on BT Sport with fans based in the USA able to watch live on ESPN+.