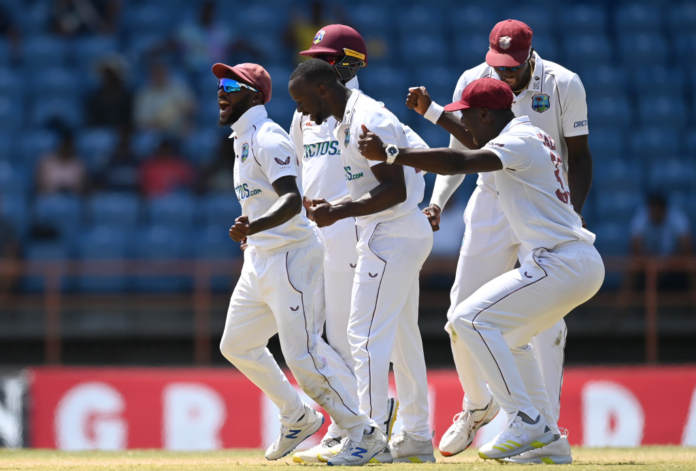 West Indies have beaten England by 10 wickets in the deciding 3rd Test in Grenada to take the three-match Test series 1-0.

Set 28 for victory, Kraigg Brathwaite and John Campbell knocked off the runs in 4.5 overs to ensure West Indies won the match with a day and two sessions to spare.

Brathwaite ended on 20 not out, with John Campbell on 6 not out.

West Indies took the series after battling back to draw the opening two Tests in Antigua and Barbados.

Earlier, after England resumed at 103/8, Kemar Roach took the last two wickets to bowl out the visitors for 120 and set up a chase of 28 runs.

Woakes (19) was the first to go, brilliantly caught at leg-slip by Jason Holder.

Three overs later, Jack Leach (4) edged a catch through to Joshua Da Silva and was given out on review.

West Indies skipper Kraigg Brathwaite, who scored 341 runs in the series at 85.25, was named Player of the Series.

“It’s easy to be happy with a series win and relax but I don’t think we can relax. The guys have got to stay hungry,” Brathwaite said after the match.

The West Indies skipper said his team learnt a lot from this series.

“Yesterday was really a remarkable day for us, to show the fight, the attitude we had from the get-go, it’s key to carry that forward. Just keep building. We’ve got to continue, we can’t take it for granted,” Brathwaite added.