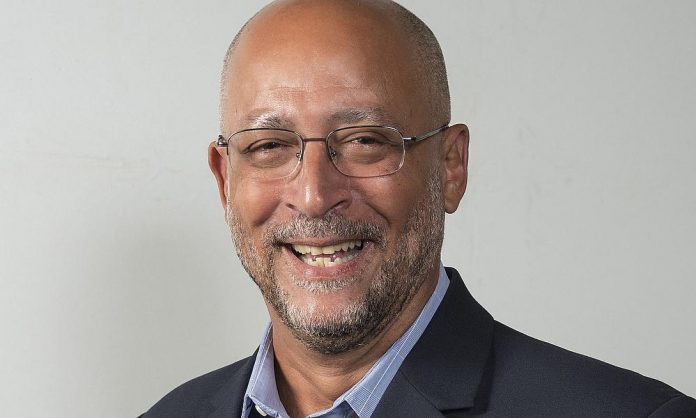 Cricket West Indies (CWI) President Ricky Skerritt has lashed out at the “antiquated, self-centered, and confrontational mindsets” of his opponents in the upcoming elections and says the March 28 showdown will be chance for the cricket fraternity to “think seriously” about the quality of leadership it wanted going forward.

In formally announcing his re-election bid along with running mate, vice-president Dr Kishore Shallow, Skerritt said his team was focussed on continuing “to battle against petty boardroom politics and territorial insularity” which he described as the “two of the biggest enemies” threatening the development of the sport regionally.

Skerritt and Shallow are being challenged by CWI director and Guyana Cricket Board secretary Anand Sanasie and Barbadian cricket administrator Calvin Hope.

“Some people seem to believe that the CWI boardroom is a type of Parliament where their only job is to oppose or resist any decision that doesn’t directly benefit them individually,” Skerritt said in a statement late Monday.

“Sadly, both of our election opponents are strong proponents of that same antiquated, self-centered, and confrontational mindset.

“This CWI 2021 leadership election provides another opportunity for cricket lovers to think seriously about who is best suited to champion the bigger cause of West Indies Cricket, at this crucial time.”

Ahead of the elections, Skerrit and Shallow have advanced an “upgraded” 10n-point Cricket First Plan, in a move aimed at confronting the challenges posed by the global COVID-19 pandemic.

In 2018, the Cricket First Plan formed the basis of the duo’s bid to unseat then incumbent president Dave Cameron and vice-president Emmanuel Nanthan, and Skerritt said the upgraded version would ensure CWI’s transformation continued.

“Two years ago, the Skerritt-Shallow partnership introduced our Ten (10) Point ‘Cricket First’ Plan, which has become the improvement mantra of our stewardship,” Skerritt pointed out.

“As we now approach the completion of a very challenging but productive first term, we are upgrading that plan.

“We are proud of the numerous transformational changes which are already taking place at CWI based on that very plan, some of the points are now self sustaining in their implementation, but some points still need our direct attention.

“We are therefore pleased to let the Caribbean public know that we will be seeking re-election to a second term of the CWI offices of President and Vice President based on an updated Ten-Point plan.”

Among the items outlined on the upgraded plan is the increased exposure of development category of players embracing the Under-23s, Emerging and A-team players, along with the development of Coolidge Cricket Ground as the centre of regional high performance system.

On the finance end, the plan targets increased support for territorial boards and deepening of the collaboration with the Caribbean Premier League to achieve “mutually desired cricket and commercial outcomes”.

Skerritt and Shallow have been nominated by the Leeward Islands Cricket Board and the Trinidad and Tobago Cricket Board, the same two boards who nominated them two years ago.