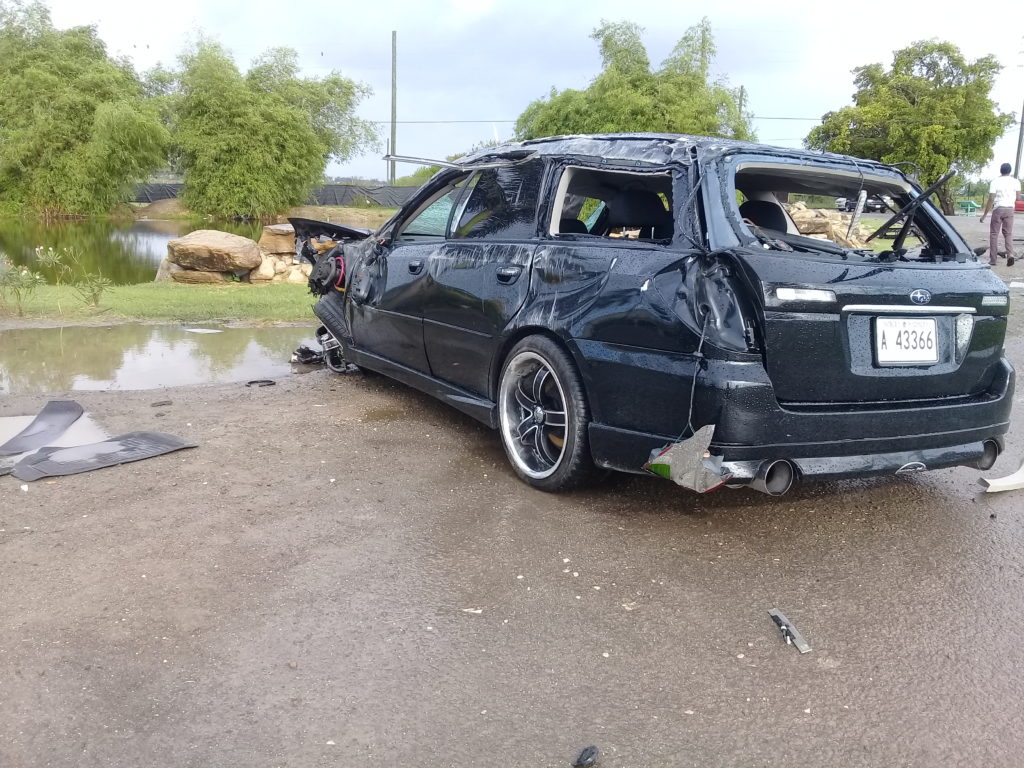 The passenger is a car which crashed on Factory Road on Saturday has been placed in an induced coma as health authorities do all they can to keep him alive.

Anthony Barrett was the passenger in the car driven by Joseph Gregoire who was also hospitalized with serious but less severe injuries.

Gregoire is expected to be released from hospital soon with a dislocated shoulder and broken index finger but Barrett’s condition is now critical.

Antigua News Room (ANR) understands that both of Barrett’s legs are broken and he has internal bleeding.

In addition, sources say his lungs are punctured with a broken rib cage.

Although residents have responded there is an urgent appeal out for O negative blood.

The two were hospitalized after their car, A 43366, crashed into a boulder on Factory Road around 6 am on April 30th.

The vehicle spun out of control outside Gigi Furniture/Ashley Furniture Home store.

Sources tell ANR despite wanting to flying out for medical attention, the family cannot do so because he is on life support.