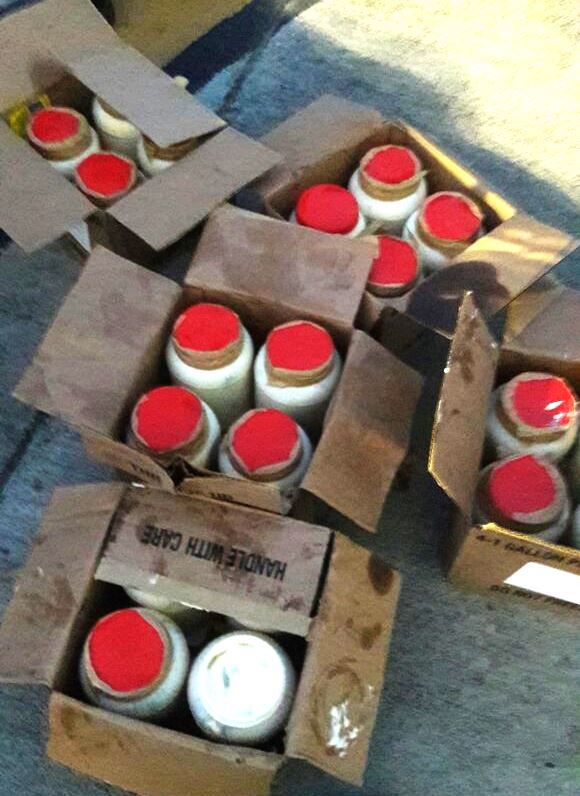 Ninety-Two pounds of cannabis, concealed inside mayonnaise was seized by the police at V.C. Bird International Airport on Thursday.

The illegal substance was found aboard Caribbean Airline Flight 459 from Kingston Jamaica.

Members of the Police K-9 Unit were on duty at the airport carrying out a routine check, when one of the dogs alerted the handler to five cardboard boxes packed with mayonnaise. A search was carried out on the boxes, and thirty-eight tightly wrapped packages of Cannabis were found concealed inside each plastic jar. 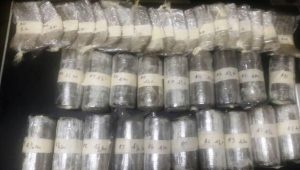 The items were seized and taken to Police Headquarters. The consignment was addressed to a hotel located on the southern side of the island. No one was arrested; however, further investigations are ongoing into the matter.

Since the inception of the Police and Customs K-9 Units earlier this year, the K-9 Dogs have successfully assisted in taking thousands of pounds of illegal drugs off the streets of Antigua and Barbuda.