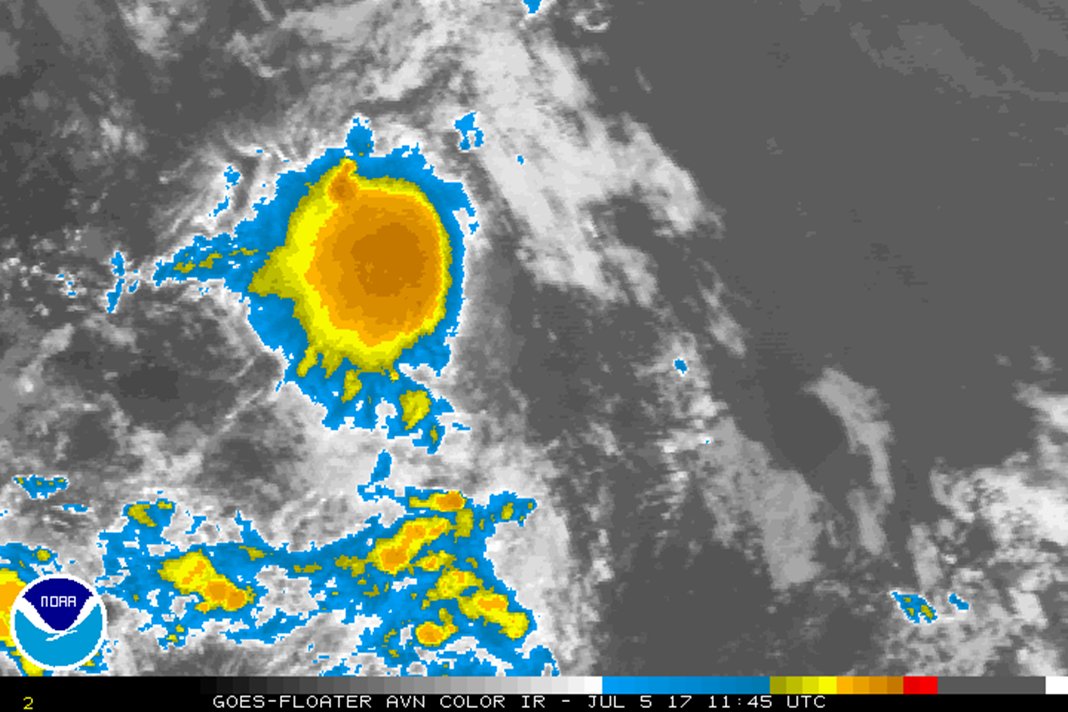 National forecasters say the disturbance east of the Caribbean will likely become a depression in 48 hrs.

“It’s the most organized to date,” according to the Antigua Met Office.

Yesterday, officials warned that the system could become a tropical storm by the weekend.

The latest update is that satellite images indicate that the circulation associated with the area of low pressure centered about 800 miles west-southwest of the Cabo Verde Islands has become “better defined, but the associated thunderstorm activity is not well organized.”

“This system has the potential to become a tropical depression today or Thursday before conditions become unfavorable for tropical cyclone formation.” 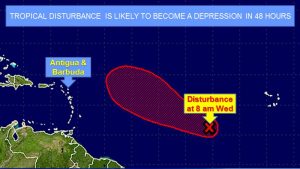 The low has been moving little, but it should begin a west-northwest track at 10 to 15 mph today.