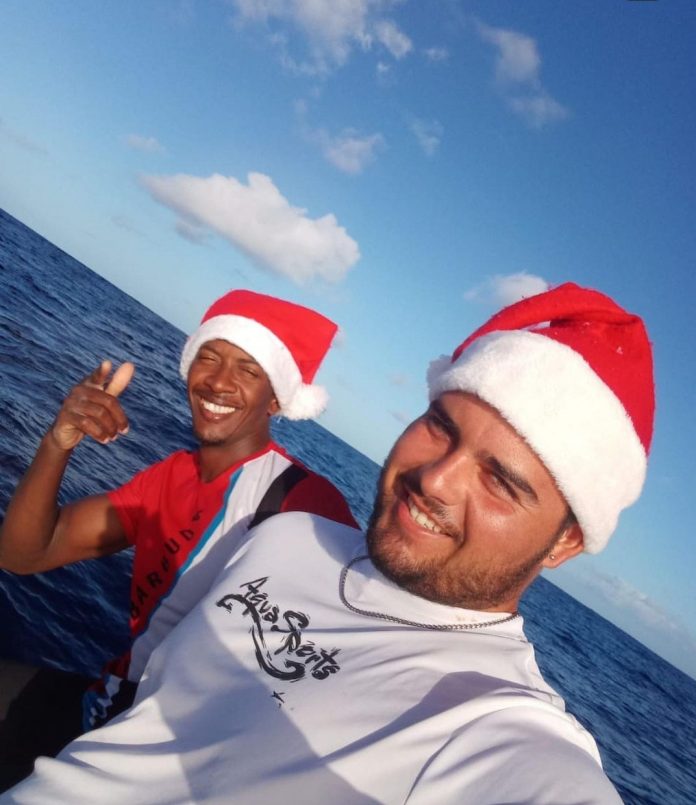 Travis Weste and Joseph Nunes make up Team Antigua Pairs, the first two-person team to represent the country in the challenge.

TWAC is an annual rowing challenge, which covers over 3000 nautical miles.

Four-person team, The Four Oarsmen remains the fastest team to row across the Atlantic after clocking a time of  29 days, 13 hours and 34 minutes in the 2017 edition of the challenge.

Two-person team Resilient:X holds the record for the fastest pairs.

They completed the challenge in 37 days, seven hours and 54 minutes in the 2019 edition.

“We came out with a plan to go for the record and to finish in the quickest possible time but the weather this year from the start, up until this point is not showing that potential”, Weste told state media on Wednesday.

“The first few days were pretty calm between the islands of the Canaries by once we got away from the islands the breeze was really, really nice for the first few weeks”, Nunes recalled.

However, he said, “around Christmas time we had to stop for a bit and we were just, you know, anchored off on a parachute so we were drifting really, really slowly.”

“We had winds from the wrong direction and since then the winds have been really, really light. We’re not moving quite as fast as we’d like”, he added.

Nunes said going into this weekend, “we’re expecting another bad weather system to come through to push us back again so like Travis said, you know, this is not the race we were expecting or hoping for so it’s a little bit slower and it’s gonna take a little bit longer for us to get back home.”

This year sees a new format for the race with a Race Class and Open Class.

This has been implemented to make the race as fair as possible and to put similar boats in the same category as one another.

Therefore, the Race Class comprises all Rannoch R45’s and R25’s, which all weigh a fairly similar weight and are kitted out with fairly similar equipment.

The organizers said the idea was for the race element to come down to which team rows the hardest, takes the best route and shows the best teamwork and seamanship while on the ocean.

There are 17 boats in this year’s race class.

The Open Class comprises all other boat designs and models and this year there are 4 boats in the open class.

On Thursday afternoon, after nine days on the ocean, Team Antigua Pairs had an estimated finishing time of 59 days, nine hours and five minutes.

At the time, they were positioned 11th in all times, 10th in the Race class and 1st in pairs.

As a component of the challenge, the team is also seeking to raise funds for their charity of choice – The Rotary Club of Antigua Sundown.