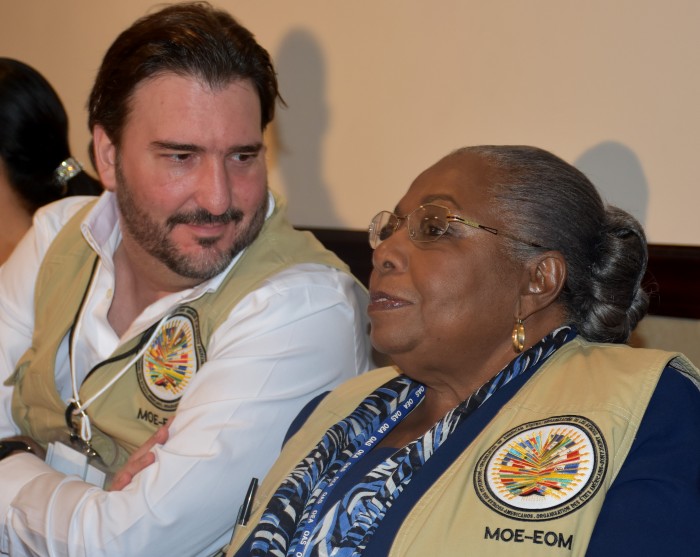 The Chair of the Commonwealth Observer Group Janet G. Bostwick has said that her team does not intend to interfere with the election process.

“During our observation, we will not interfere with the process,” she said in an arrival statement.

“We will act with impartiality, objectivity and independence,” she added.

The group was constituted by the Commonwealth Secretary-General Patricia Scotland, following an invitation from the Prime Minister of Antigua and Barbuda, and includes Mr Hendrick Gappy, former Chairperson of the Electoral Commission of Seychelles, and Ms Linda Duffield, former British Diplomat and former Chief Executive of the Westminster Foundation for Democracy.

This is the fifth general election in Antigua and Barbuda that the Commonwealth will have observed.

“Our Terms of Reference are to consider the various factors relating to the credibility of the electoral process as a whole, including election preparations, the campaign environment, the poll, the count, and the declaration of results,” she said.

“We will assess whether the elections have been conducted according to the national laws of Antigua and Barbuda, and to the relevant regional, Commonwealth and other international standards to which Antigua and Barbuda has committed itself,” Bostwick added.

Since its arrival, the team met with the Prime Minister, the Electoral Commission, representatives of political parties, civil society representatives, including in relation to gender and youth, media organisations and domestic and international observer groups.

For the remainder of the time before polling commences the mission will observe campaigning and continue to meet a range of relevant stakeholders to the election process.

“On Wednesday, Election Day, our teams will observe at different polling stations and constituencies across Antigua, including the polling for Barbudans. Our team will observe the opening of the polling stations, the casting of votes, the count and the declaration of results. We will continue to work and consult with observers from the Caribbean Community (CARICOM) and Organization of American States (OAS).”

The group will issue an Interim Statement of key findings shortly after the declaration of results.