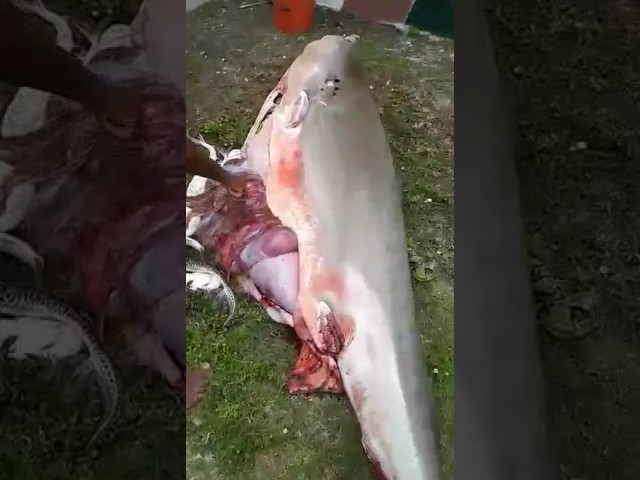 Barbudan Fishermen Adrian Lee and Bernie Grey have celebrated the catch of a 10-foot Tiger Shark.

The sea creature was caught less than five miles off the sister isle while the two were on a fishing expedition.

After capturing it, the men tied the tail of the shark (Caudal Fin) and hauled it back to the land where hundreds of residents were waiting to purchase the meat.

The men say catching sharks in a normal practice on the island where the meat is a delicacy.

All the shark meat was sold but when the belly of the tiger shark was cut open they discovered that ten baby sharks.

A dead Hawksbill turtle was also inside the shark.