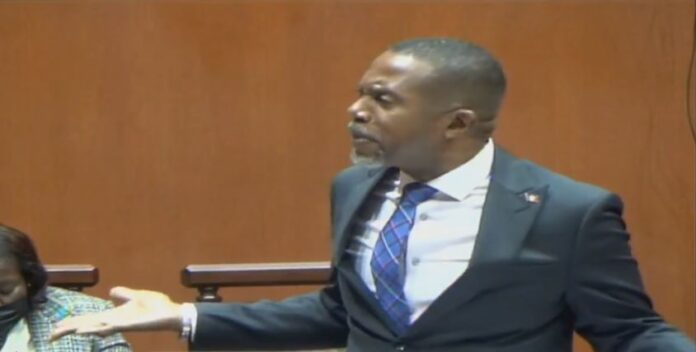 MP for Barbuda Trevor Walker is accusing Prime Minister Gaston Browne and, by extension, his Administration of lying about Antigua and Barbuda’s economic growth for 2021.

In his 2022 Budget Presentation, Browne declared that the country’s economy had grown by 5.3 percent, and he attributed this growth to the rebound in the tourism sector and a booming construction industry.

He boasted that, in spite of the challenges faced in 2020 and 2021 due to the COVID-19 pandemic, his Administration had been able to weather the storm and had out-performed a number of larger countries.

Browne said, further, that the assessment of economic growth had been undertaken by the Eastern Caribbean Central Bank (ECCB).

However, during his contribution to the Budget Debate on Tuesday, February 15, Walker said that information published on the ECCB website differs markedly from the Prime Minister’s claim.

Based on the Central Bank’s data, Walker notes, Antigua and Barbuda’s economy grew by less than 2 percent last year.

In an attempt to verify the statistics posted on the ECCB website, Walker says he went further.  He says he contacted the secretariat to determine whether there was some mis-reporting, since its figures differed so vastly from what the Prime Minister had presented.

The Barbuda MP is curious to know where the Administration got its figures, and he is calling on PM Browne to produce the supporting documents and circulate them to the Parliament.

Walker says that, based on his research, a number of other countries with smaller populations out-performed Antigua and Barbuda economically last year.

Some residents tell REAL News they are embarrassed by Walker’s revelations and ashamed that Browne could have “so grossly inflated the performance” of the country’s economy.

“Everybody knows how 2020 and 2021 went,” an accountant tells our Newsroom.  “You can’t have Social Security confirm the demise of nearly 1,000 small businesses, plus have three hotels out of commission during what you call a ‘tourism boom,’ and then declare that the economy performed fabulously last year.  It does not add up,” she says.

“The Prime Minister should just have levelled with the people, instead of creating this false sense of ‘all is well.’  It would have served him better than being exposed this way,” she concludes.