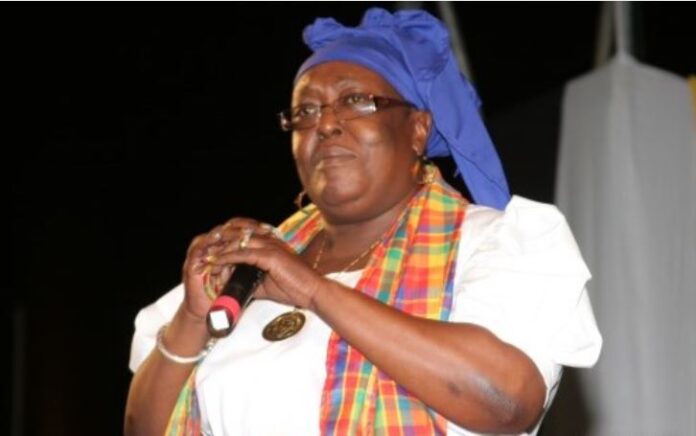 She passed away overnight.

A two-time Calypso Monarch, Singing Sandra has thrilled audiences with gems including Voices From The Ghetto and Nobody Wins A War  and the legendary Sexy Employees more popularly known as Die with My Dignity.

In 2015, she spent weeks on the Intensive Care Unit of the Port of Spain General Hospital after undergoing surgery for a hernia.

Vignes-Millington was born in 1957 in East Dry River, and raised in Morvant. In her mid 20s she was approached in 1984 by calypsonian Dr. Zhivago to perform two of his songs, and the following year was recruited to Mighty Sparrow’s Youth Brigade tent at the carnival. Her exceptional talent and persistence in hard work and in music resulted in her winning the National Calypso Queen in 1987. From that moment and after, her career accelerated at an exponential rate. She went on to win the Carifesta Monarch and Calypso Queen of the World titles in 1992 and she performed at the Reggae Sunsplash festival in 1992.[

While at Young Brigade, she earned both the local National Calypso Queen and St Maarten Queen of the World titles in 1987 with Sexy Employees, . The song mirrored Sandra’s image and spiritually strong moral standing, and was an immediate hit with women in society who identified with the images of male chauvinism in the workplace.