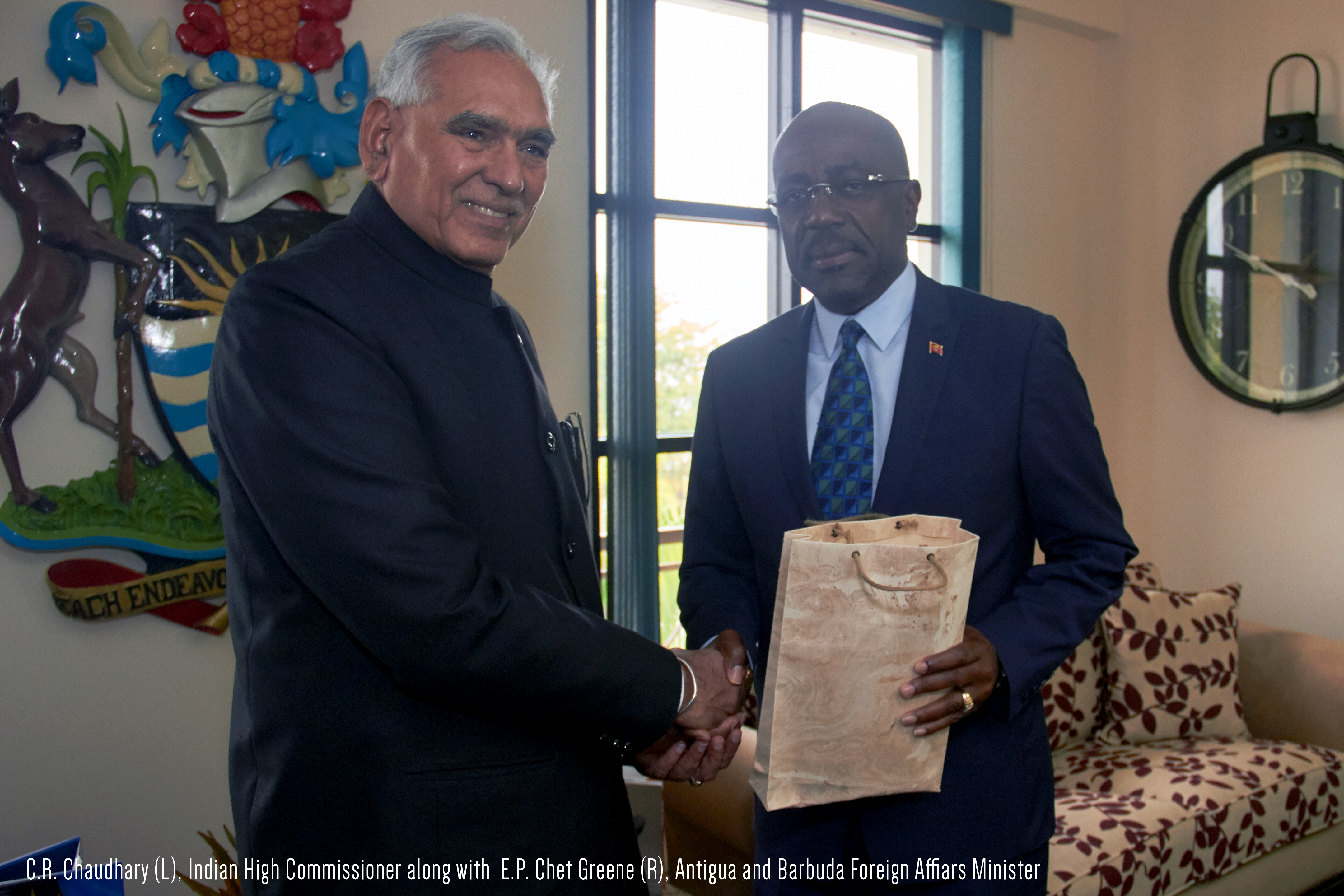 Foreign Affairs Minister E.P. Chet Greene hosted a high-level meeting with a diplomatic delegation from India, comprising of the Honourable Mr. C.R. Chaudhary, India’s Minister of State for Consumer Affairs, Food and Public Distribution, along with the Indian High Commissioner.

Minister Greene welcomed the visiting delegation and promptly thanked the Minister for his government’s support of the twin island state following the passage of Hurricane Irma. Minister Greene highlighted the strong diplomatic ties which Antigua and Barbuda has nurtured with India since independence in 1981.

In addressing the delegation, Minister Greene said: “Antigua and Barbuda and the Republic of India enjoy good bilateral relations based on core values such as cooperation and mutual respect.”

The Foreign Affairs Minister also expressed the view that the Government of Antigua and Barbuda welcomes new areas of cooperation with India, while exploring ways to deepen the bilateral ties and economic linkages between both countries.

The Hon. E.P. Chet Greene further expressed the need for deeper bilateral trade and investment cooperation. In the official meeting, the Minister recommended creating a Joint Economic Committee to prepare proposals for the purpose of exploring trade opportunities and cooperation in Indian traditional medicines, along with modern techniques in agriculture and water conservation.

Also broached at the discussions was a request for visa-free access for passport-holders of both countries, and a proposal to appoint honorary consuls in India and Antigua and Barbuda.

Foreign Affairs Minister Greene indicated that Antigua and Barbuda welcomes the Yoga initiative to be popularized and introduced into our primary schools. 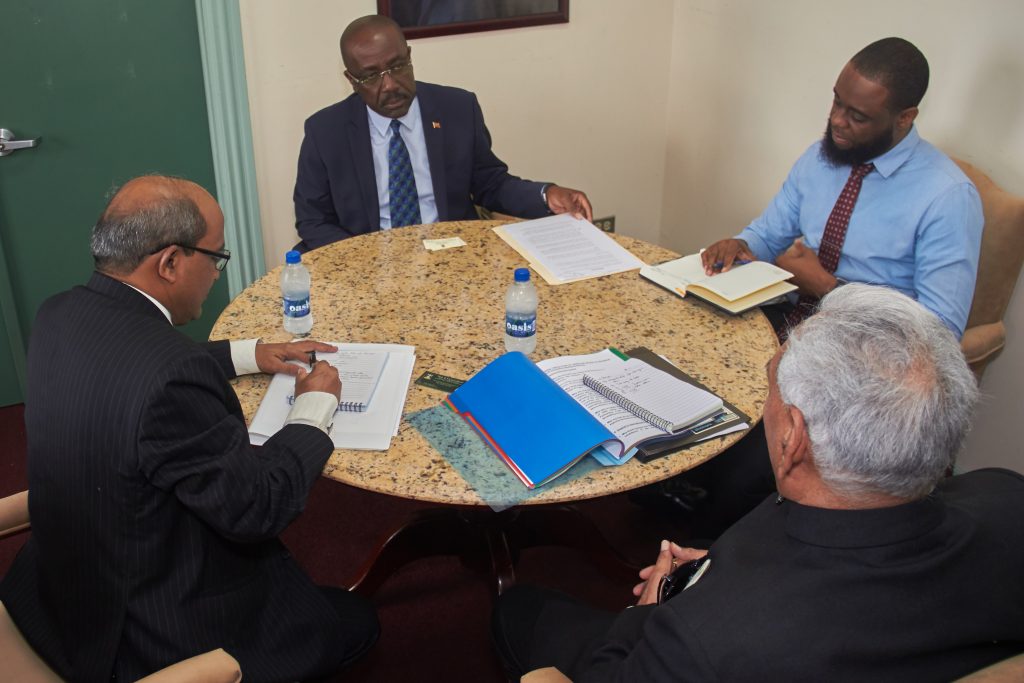 Minister Greene also requested support for the Four Knights of Cricket International Academy, a mobile mammography unit to address high cancer rates in Antigua and Barbuda, access to Indian pharmaceuticals, access to higher education and to short term courses in India. These proposals were very well received.
India is the largest democracy in the world and, according to UN estimates, its population is expected to overtake China’s in 2028 to become the world’s most populous nation. The country is also a rising power and an emerging global player.

In concluding the high level meeting, Foreign Affairs Minister wished His Excellency Mr. Chaudhary and the High Commissioner good health and success in all their endeavours personally, and on behalf of the Government of Antigua and Barbuda.