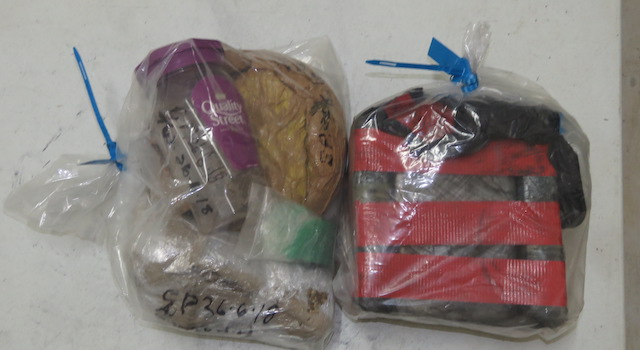 On Tuesday, 26thJune 2018, the Office of National Drug and Money Laundering Control Policy (ONDCP) conducted a counter-narcotic operation in the Falmouth Area where six individuals were apprehended and illicit drugs and cash seized.

Those detained include three (3) Vincentian males, a Vincentian female, a Jamaican female and a Jamaican male. A total of 4.13 kilograms of Cocaine carrying an estimated wholesale value of One Hundred and Forty-Four Thousand, Nine Hundred and Sixty-Three EC Dollars ($144,963.00 ECD) and 2.88lbs of Cannabis carrying an estimated wholesale value of Five Thousand, Seven Hundred and Sixty EC Dollars ($5,760.00 ECD)were seized from two separate properties.

In addition, the execution of a search warrant led to the discovery of One Thousand, Seven Hundred and Sixty-Eight Dollars and Forty-Five Cents EC ($1768.45 ECD)which was also seized.

Investigations into the matter are ongoing and charges are expected to be laid against the detainees in short order.