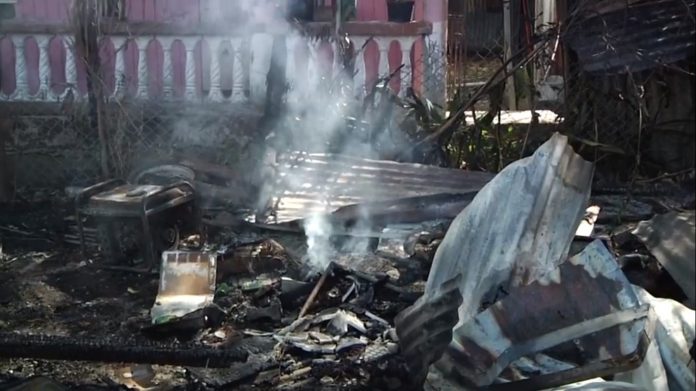 An Ottos man barely escaped with his life when his house caught fire early Tuesday morning.

Zaza Moses said he was sleeping when the fire swept through his home.

“I heard bottle breaking. That mean the fire was already in the house catching the bottles and breaking them and it woke me up”, Moses told state media.

He said when he woke up he saw “the whole house on fire. I had to jump out and save myself”.

Katamba Henry, a neighbour, said: “you can hear like two bottle bust, like somebody throw two bottles but you nuh really nuh who because the dog deh ah bark maybe about a couple minutes after that”.

He said after that all he saw was fire and water.

There was no electricity attached to the wooden house causing some villagers to suspect the home was maliciously set ablaze.

Moses, who said everything was lost in the fire, pleaded for assistance from the public.