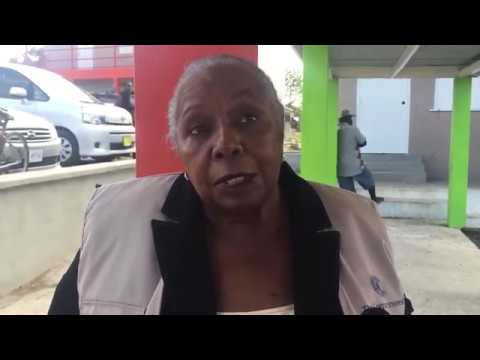 The Chair of the Commonwealth Observer Group Janet G. Bostwick has given her initial stamp of approval to the start of today’s general elections.

Speaking earlier at the Villa Primary School polling station in the St. John’s City West constituency, the international observer noted the prompt opening at the polling venues and the professionalism and diligence of all of the station workers to include the presiding officers whom she said, “explained the process to each of the voters in a very plain and understandable manner.”

“Election Day we’re interested in ensuring that all of the procedures as laid down by Antigua and Barbuda election laws are, in fact, in place.”

Among the list of actions that are of particular interest to the Commonwealth group are that of free access to all persons; whether the presiding officers are giving instructions in accordance with the laws; the safeguard of the secrecy of the ballot; access for the disabled; the closing of the polls and the counting of the ballots.

Bostwick had visited five polling stations til that point and had commented of the morning process that, “it has been peaceful and very orderly.”

Bostwick herself is from the Bahamas and with her there are a total of five observers on the ground coming from Seychelles, the United Kingdom, Australia and New Zealand. The observers will make their final findings public tomorrow after the proceeding would have concluded.