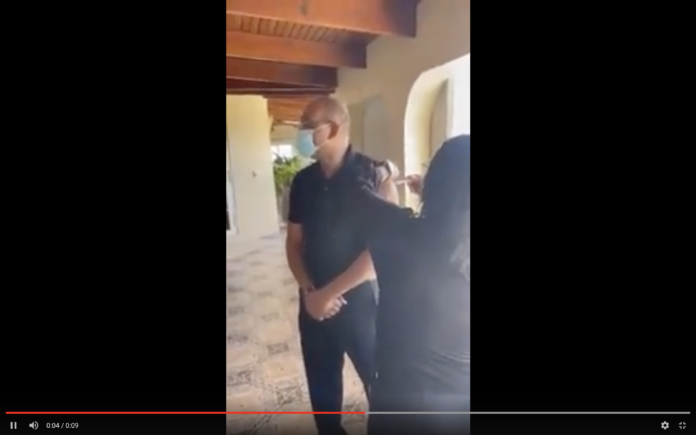 A video making the rounds for sometime now shows Prime Minister Gaston Browne receiving what is believed to be his first dose of the Moderna vaccine.

He took his first jab in January and his second a few weeks ago.

Amid criticism that hw took the jab in private, Browne said he recorded the event but decided against publishing it.

We are told that the video has never been officially released but has been making the rounds on social media.

The prime minister confirmed over the weekend that he has since had his second dose of the COVID-19 vaccine.