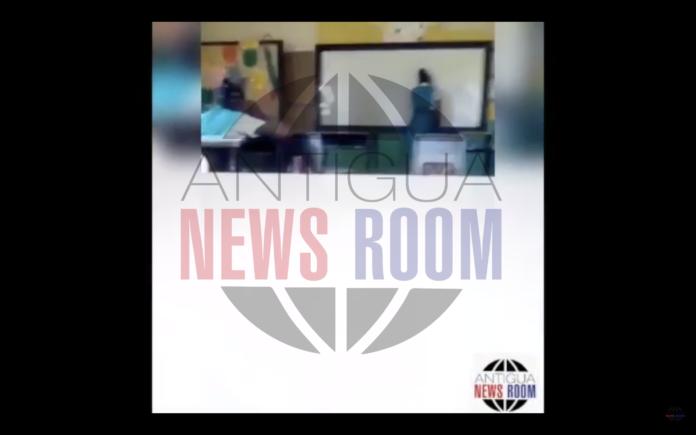 Education officials say they will ensure an “extremely disturbing” video of bullying at the Golden Grove School is fully investigated and dealt with.

A parent told Antigua News Room that the incident, which in some cases impacted her own daughter, is a usual occurrence at the school.

She said the school administration is not dealing with the matter with the seriousness it deserves, despite several reports.

In immediate response Director of Education Clare Browne says he will investigate the video which was reportedly filmed in a Grade 6 class of the school during a break.

Later, Browne provided ANR with this comment “The school is aware of the incident and will take the appropriate disciplinary measures today. The incident occurred yesterday during the lunch hour.”

Browne indicated that a feud has existed between the two girls for some time now and both parents are aware.

“It is practically a weekly occurrence between them. The Education Officer for the Zone – Zone 1 Mr Rolston Nickeo, will be in touch with the Principal, Ms Christian, today to further address the situation. I assure you that the Ministry of Education and school will address fully,” he said.

The video shows a female student being punched several times while fellow pupils watched, laughed and even cheered on the incident.

At the end of the video the female student who received several blows from the male student is seen against the blackboard crying.

The altercation went on for several minutes.

Ministry says students were fighting over a pen