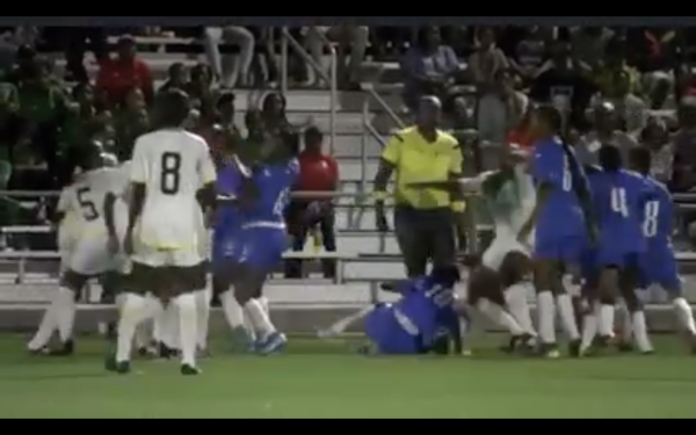 JEWEL OF THE CARIBBEAN TOURNAMENT COMES TO AN ABRUPT END

A brawl brought the Jewel of the Caribbean Girls Under 15 Tournament to a premature end at the ABFA’s Technical Traning Center.

In the final encounter between Antigua and Barbuda and Dominica an altercation ensued among two onfield players which resulted in spectators running on the field and getting involved in the incident.

The Spectators were escorted out the grounds by Police.

The incident occurred just before the halftime whistle with the games poised at 1-1.

Reports are the Dominican contingent refused to continue the match in fear of their safety.