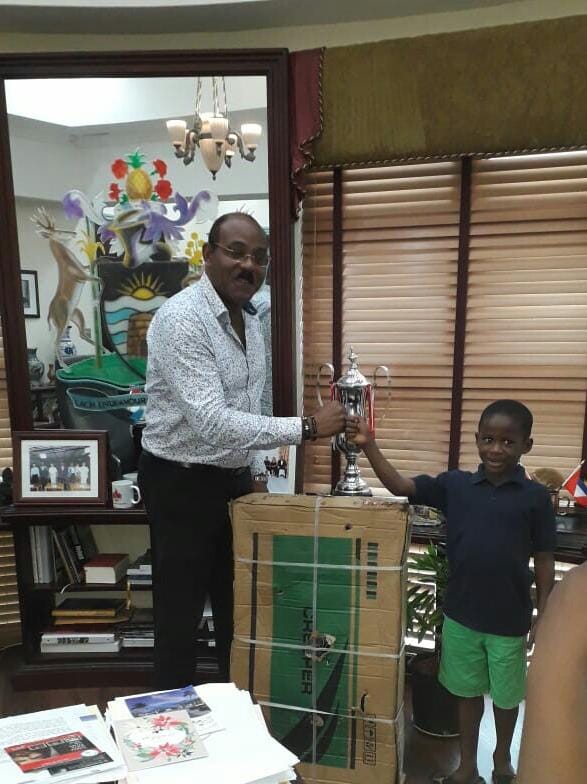 Prime Minister Gaston Browne has bought a new bike for a seven-year-old farmer.

Thieves raided the veranda of the young farmer’s house, while he and his family were out for dinner, stealing his new bike.

When word surfaced of his bike being stolen, Government Senator Shenella Govia is said to have called the boy’s mother from the office of the Prime Minister, notifying her that the Prime Minister will be replacing the bike.

Segree was selling pumpkins with the goal of purchasing his own bike but just over a week ago, the Mary E Pigott Grade two student captured the hearts of residents in Antigua and Barbuda when he shared his success as pumpkin farmer with state media and was gifted a bike from the Neverland toy store.