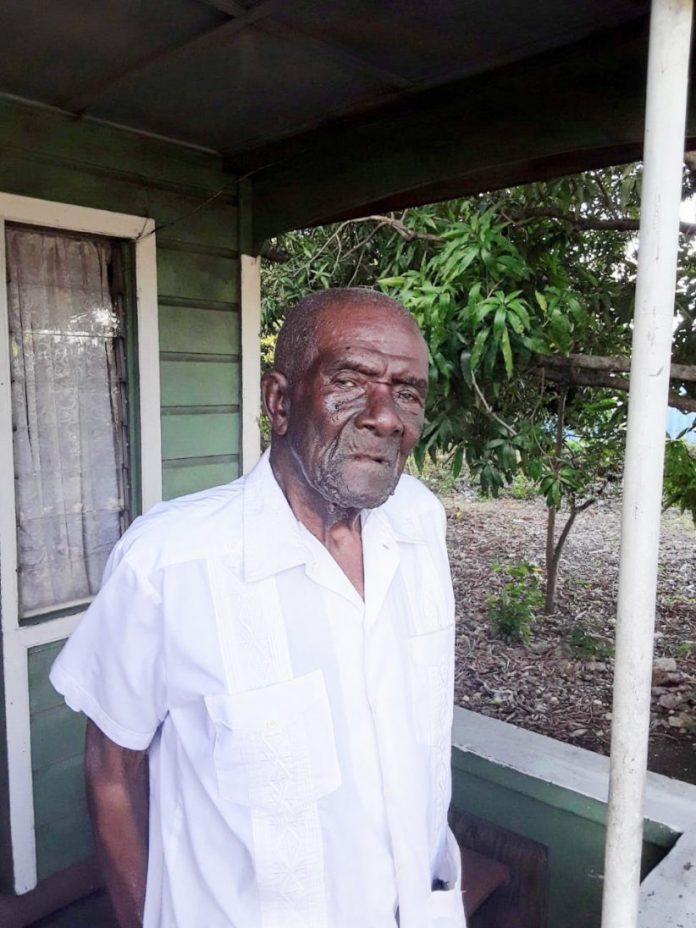 Stevens will celebrate his milestone in the presence of family members and well-wishers. Governor-General Sir Rodney Williams and members from the Community Development Division within the Ministry of Social Transformation are expected to be in attendance.

Stevens, who now resides on Whenner Road, enjoys watching the busy traffic pass by in front of his home after completing his morning devotions and daily Bible studies.

The day before he celebrates his 100th birthday, OBSERVER media caught up with Charles Walter Stevens who was sitting on his gallery watching the busy traffic pass by in front of his Whenner Road home.

This is where Stevens, who marks the momentous occasion today, February 10th, spends most of his time after completing his morning devotions and daily Bible studies.

He is also the first to arrive at church on any given Saturday because according to him, “I do not like to be late and I am sad because some people do not understand punctuality.”

He is known as a veteran fisherman man who was still making fish pots up until his 97th birthday. He describes himself as a “professional and the best fisherman in Antigua”, attributing his love for the craft to his love for Geography.

The centenarian also spoke about his preference for eating ground provision, singling out his favourites, sweet potato and cassava. He also enjoys a good meal of corned fish and dumplings.