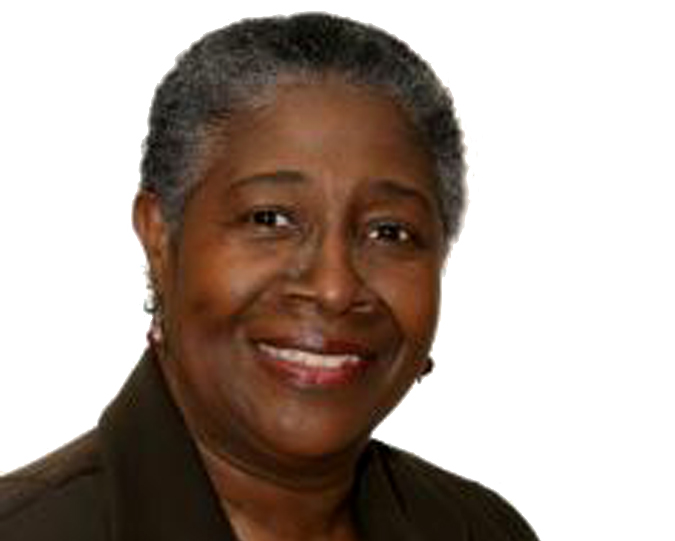 A long-standing member of the Antigua Bar Association, attorney-at-law Nelleen Murdoch, has penned a pointed letter to her association, urging a public response to the recent release of an American woman from prison who was sentenced by Magistrate Ngaio Emmanuel to one year.

Shannon Martinez served only one day at Her Majesty’s Prison. Her conviction was for possession of ammunition after bullets were found in her bag as she attempted to leave the country.

It has since emerged that Prison Superintendent Albert Wade recommended the release. His intervention resulted in Martinez’s time in jail of one day being a far cry from the one year sentence handed down in the All Saints Magistrate Court.

Murdoch said the development, “Gives rise to a reasonable fear of the erosion of constitutional rights and norms.”

The attorney added, “It is not the purview of the Superintendent of the Prison or the Minister of Legal Affairs to commute or quash sentences. That is the singular purview of the courts,  no matter what the circumstances.”

Her view conflicts with that of the Attorney General Steadroy “Cutie” Benjamin, who said the superintendent acted “within the law” and that, “Mr. Wade indicated he conducted independent assessment, and in his own judgment, he thought that this was a fit and proper procedure to adopt in the circumstances. He wrote me a detailed letter and quoted the law under which he was acting, and I agreed with the recommendation.”

Murdoch further stated that, “The Prime Minister’s statements also convey to the Antiguan public that this unlawful action by public officials that violates constitutional principal is condoned by the Executive.”

At the very end of her letter, Murdoch calls for the Bar Association to issue an immediate and prompt response to what she deems as an, “attack on the very fabric of democracy.”

It is with no small degree of concern that I write, and do so only  as I do not wish to usurp the functions of  the Bar Association Executive, and wish to give the Executive an opportunity to speak first on behalf of the entire Bar on this issue.

I have listened to a news report  yesterday which I believe gives rise to a reasonable fear  of  the erosion of constitutional rights and norms.

The news  related to the release of an American woman from prison, after she was sentenced by a local magistrate.

The news reported that after the woman was sentenced for one year  a recommendation was made by the Superintendent of Prison Albert Wade  to the Minister, whom I take to be the Minister  of Legal Affairs/ National Security (it was not expressly stated), and the woman was released from prison after  spending one day of the one year term and allowed to leave Antigua.

The news report on Observer Radio on Sunday evening included a statement by  Prime Minister Gaston Browne who stated  that he agreed with the action taken regarding releasing the woman. The PM was very specific to say that he  had no comment on the magistrate who did what she had to do, however he repeated that he agreed with the action taken afterwards regarding the woman.

His agreement was based on the facts of the case which I gather were that the woman was found with some bullets (it appeared to be a small number) in her bag when she was leaving Antigua after being here on holiday. She has no history of crime either in the US from which she traveled or in Antigua. Her explanation is that she forgot to remove them from her bag when travelling to Antigua from the States. Additionally, having these in her bag in the States would not have been an offence.

The PM said that in view of the trivial nature of the matter he agreed that she should have been released. He also made statements that keeping her in prison could also have led to a diplomatic incident, (not that they were acting on a complaint on such an incident, he stated)  but in light of this he agreed with the action taken.

My concern is that there are several grave issues raised by this matter.

It is not the purview of the Superintendent of the Prison or the Minister of Legal Affairs to commute or quash sentences. That is the singular purview of the courts,  no matter what the circumstances. That this action was taken so casually is a serious slap in the face of the court and a very serious erosion of the court’s jurisdiction. It is also a total violation of the separation of powers principle.

The statements made by the Prime Minister suggests to the Antiguan public that members of  the administration (executive) who are public officers, may act in a manner not sanctioned by law in releasing a person who had been sentenced by the court.

The Prime Minister’s statements also convey to the Antiguan public that this unlawful action by public officials that violates constitutional principal is condoned by the Executive.

Since I choose to remain convinced that public condonation of illegal acts and erosion of our constitutional norms cannot have been the intention of the Prime Minister of a democratic society with respect for constitutional principles, I have concluded that the Prime Minister  has been ill advised, and that the fact that these actions violate the separation of powers principle has not  been brought to his attention.

It cannot be argued that constitutional norms or rights are the mainstay of our democratic society. The fact that these are eroded with seeming impunity is  an unhappy commentary on any government’s commitment to the rule of law

In addition to the above  and whether or not  we choose to accept the point, issues like these  seriously and surely militate and most unhappily so, against getting the people of Antigua to accept that we can govern our legal affairs appropriately without improper interference. Sadly, this issue will  negatively impact upon the call for the people of this country to accept that the CCJ is something that is good useful and necessary for Antigua.

I am keenly aware that there is irony in this matter, as the case appears to be the  result of a failure to take the recommendation of commentators on the 2017 Bill which amended the relevant law, that the magistrates should be left to determine appropriate sentencing in gun crimes. The position that was taken at the time was that a tough stance on gun offences was the answer, and a mandatory one year sentence was imposed by the law.

The difficulties posed  by the mandatory one year were surely exposed in this situation where the visitor was given the mandatory sentence by the magistrate for forgetting to remove bullets from her bag when she traveled to Antigua and when in her home country this would not have been a crime.

While I certainly agree that this must have been horrific for the woman, and that very effort was to be made to alleviate her situation, one cannot agree that these efforts should include violating constitutional principles to do so. One cannot correct the wrong that may have been done to an individual by shredding the fabric of the very instrument that has been crafted for the protection of us all. There is and remains a considerably larger picture here than the hardship to the visitor in this situation.

No one should be permitted to erode the constitutional norms and principles  as has been done in this case.

We have a duty as attorneys to protect the administration of justice, the courts and the Constitution from incursion.

It is my considered opinion that this action is and must be understood to be an attack on the very fabric of democracy.

It therefore means that as gatekeepers of our functioning democracy we as a Bar Association must act and act swiftly in relation to this matter.

I am trusting therefore that the Bar Executive will promptly and immediately issue a public statement regarding this matter and the Bar’s concern about the same.

I remind myself in writing this that the real price of democracy is vigilance. The Superintendent of Prisons in his role as part of the administration of justice, must surely be regarded as one of the guardian of the constitution. If the guardians act in the manner described in the reports, Quis custodiet ipsos custodes? Who  will guard the guards?

I look forward to the Bar Executive’s urgent response.