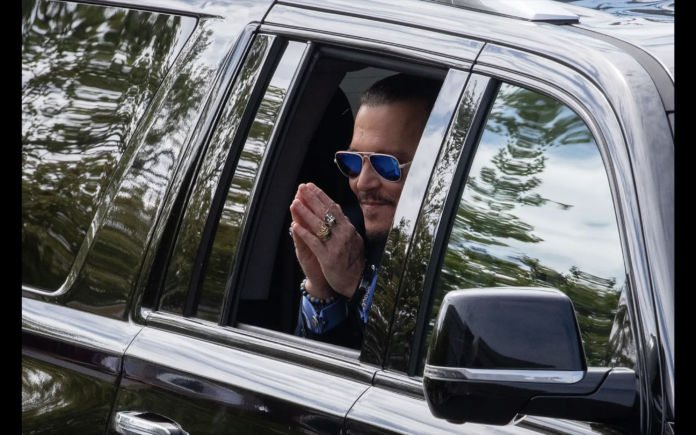 FAIRFAX, Va. — Johnny Depp won all three counts of his bombshell defamation lawsuit against Amber Heard Wednesday after a Virginia jury substantiated the claim that his ex-wife sullied his reputation and damaged his career when she wrote about becoming a “public figure representing domestic abuse” following the couple’s spilt.

The panel of seven in Fairfax decided to award the “Pirates of the Caribbean” star a total $15 million in damages after deliberating for about 13 hours. The judge, however, capped the amount in damages he could receive at $350,000.

“The disappointment I feel today is beyond words. I’m heartbroken that the mountain of evidence still was not enough to stand up to the disproportionate power, influence, and sway of my ex-husband,” Heard said in a statement after the verdict.

Depp, 58, had sued Heard for $50 million over her 2018 Washington Post essay in which she wrote about facing “our culture’s wrath” for speaking out against a powerful man — a warning that seemingly became more prescient with the jury’s decision.

In her statement, Heard called the verdict a “setback” for other women, saying: “It sets back the clock to a time when a woman who spoke up and spoke out could be publicly shamed and humiliated. It sets back the idea that violence against women is to be taken seriously.”

“I’m sad I lost this case. But I am sadder still that I seem to have lost a right I thought I had as an American – to speak freely and openly,” she said.

The actress did win her second of three counts in her $100 million counterclaim against her ex-husband, with the jury finding that his attorney Adam Waldman did defame her when he told the Daily Mail she set up Depp in a hoax when the police came to their apartment in May 2016.

Early in his testimony, Depp told the jury he brought the lawsuit against the “Aquaman” actress for defamation to “clear my name.”

“My goal is the truth,” he said on April 19. “One day you’re Cinderella and then in zero point six seconds you’re Quasimodo. I didn’t deserve that and neither did my children.”

Heard, 36, alleged Depp physically and sexually abused her, recounting harrowing moments in her testimony in which she claimed the widely-beloved star assaulted her, including once forcibly penetrating her with a liquor bottle.

But Depp repeatedly denied the claims.

“Never did I myself reach the point of striking Ms. Heard in any way nor have I ever struck any woman in my life,” he insisted.

Over the course of the six-week trial, the actor’s lawyers went to lengths to prove that Depp — not Heard — was the victim of domestic abuse in their doomed relationship. NY POT