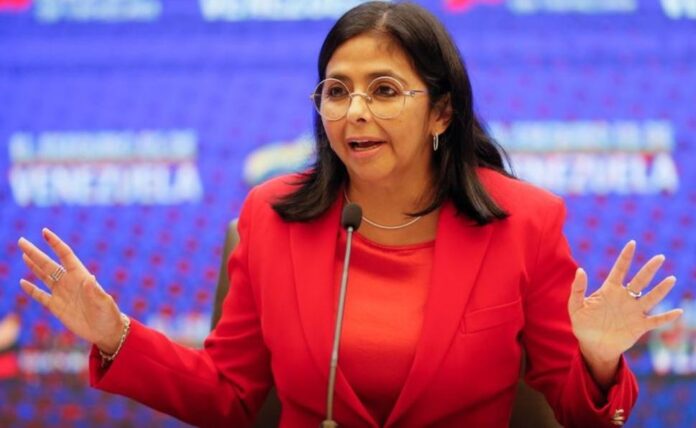 Venezuela on Monday criticized joint naval exercises by the United States and Guyana, with which it has a territorial dispute.

Vice President Delcy Rodriguez told a news conference that the manoeuvres were an attempt by the outgoing Trump administration to “create provocations, threats.”

The Pentagon did not immediately reply to a request for comment.

The World Court in December ruled that it has jurisdiction to hear a dispute between Guyana and Venezuela over the course of their land border, which may ultimately determine which has rights to certain offshore oil and gas fields.

Venezuela does not recognize the court’s authority, and insists on a bilateral negotiated solution.

Offshore oil discoveries in recent years have given Guyana, which has no history of oil production, the potential to become one of the largest producers in Latin America.

The U.S. oil company Exxon Mobil Corp is in a consortium with Hess Corp and CNOOC Ltd of China that produces crude in Guyana’s offshore Stabroek block, part of which is located in waters claimed by Venezuela.