City officials continue to push forward in a move to have the necessary infrastructure in place for the restart of the Cruise sector in a few months. The vendors square located at the bottom of High and Long streets is nearing completion and tourism officials recently saw it fit to tour the facility to gauge its progress.

The facility, which is set to be opened in July 2021, will feature local arts and craft as well as two local food stalls as well as restrooms.

The infrastructure is designed with a modern Caribbean architectural flare and will house 20 vendors overall.

Tourism Minister the Hon. Charles Fernandez is pleased with the progress to date, with the only major work outstanding is the completion of the walkway.

Projections are that over 200,000 cruise passengers are expected thus far for the period August-December 2021. Minister Fernandez is of the opinion that Antigua and Barbuda must be ready to put its best foot forward.

“2019 was a record-breaking year surpassing the million mark of cruise visitor arrivals to Antigua and with the dredging of the harbour almost completed, and the added expertise and investments from Global Ports Holding, the 2021/22 season looks extremely promising”, stated Minister Fernandez.

Vendors Square falls under the ambit of the St. John’s Development Corporation (SJDC) and Executive Director Craig Whyte noted that the thrust to make the facility feature 100% local products is a part of a wider plan to authenticate the experiences of the cruise visitors to St. John’s.

“We must be able to separate ourselves from our fellow counterparts in the region who will be competing with us for the tourist spend and as such our greatest weapon is to be authentically Antiguan in product delivery as this cannot be replicated anywhere else”, Mr. Christopher remarked.

The project was financed by the CARICOM Development Fund under its Country Assistance Program. 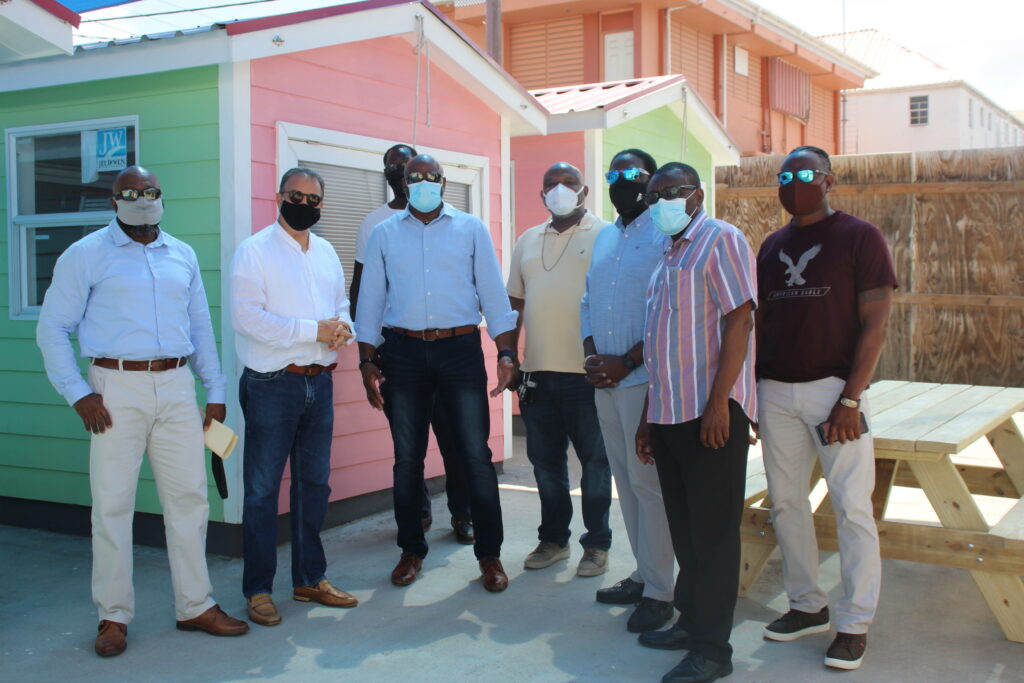