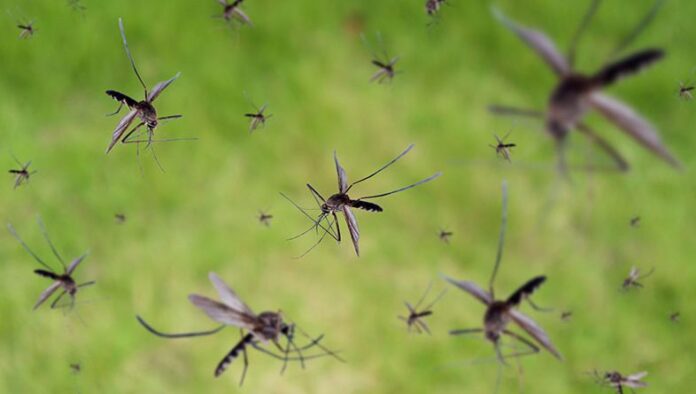 The Vector Control Unit of the Central Board of Health (CBH) recently returned from Barbuda, where an intensive four-day mosquito-control operation was conducted.

The visit to the sister-island was at the invitation of the Barbuda Council, which had reported a serious mosquito infestation due to heavy rainfall there on November 7.

The showers had resulted in quite a number of catchment areas being filled – and therefore caused a proliferation of mosquito breeding sites.

The Vector Control Unit worked along with the Barbuda team to conduct the operation, during which various catchments – including ponds, marl holes, wells and cisterns – were treated with larvicides and guppies to reduce the larvae and pupae count.

Additionally, adulticides were used to reduce the abundance of adult mosquitoes that plagued the residents of Barbuda, according to the CBH.