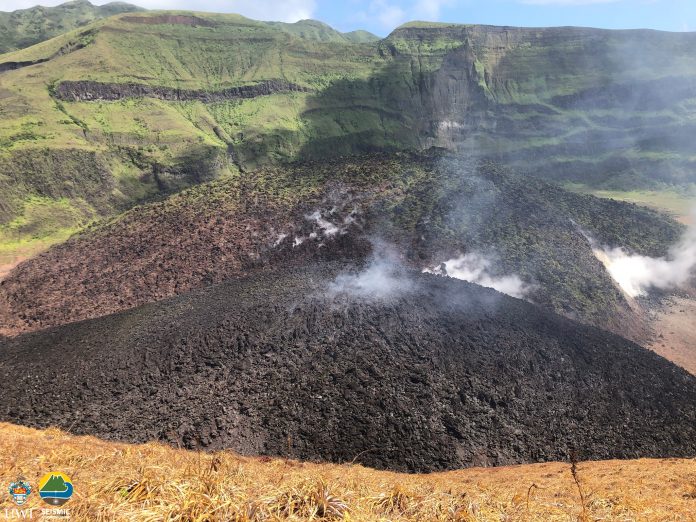 The scientific team at The University of the West Indies Seismic Research Centre (UWI-SRC) has increased its capacity to bolster seismic monitoring of La Soufriere Volcano in Saint Vincent and the Grenadines (SVG) through a recent donation of seismic stations and telemetry equipment from the USGS-USAID Volcano Disaster Assistance Programme (VDAP).

The donated equipment will be used to build four seismic stations and radios to enhance communications on the island. Three of the stations are solar powered installations with posthole seismometers, which are sensors designed for subsurface installation to optimise seismic performance while minimising the cost and logistics of site setup. The fourth station is a spider seismometer—a device designed for rapid deployment in high risk locations where human exposure to hazards should be minimised e.g. volcanic craters. USGS-USAID VDAP committed the donation after receiving a request from UWI-SRC following the effusive eruption, which was first detected on December 29, 2020.

“This equipment is needed as it allows us to densify the seismic network by placing them in locations where there are significant gaps and the spider seismometer will fortify the near crater monitoring,” said UWI-SRC Instrumentation Engineer, Lloyd Lynch.  In the event of escalated volcanic activity at La Soufriere, enhanced monitoring should allow our scientists to alert authorities with sufficient time to activate appropriate emergency responses such as evacuations.

Prime Minister of Saint Vincent and the Grenadines, Dr The Honourable Ralph Gonsalves expressed his thanks to the UGSG VDAP and The UWI-SRC stating, “The partnership between Saint Vincent and the Grenadines and the Seismic Research Centre (SRC) is vital in the monitoring of the La Soufriere volcano; the SRC is a tribute to our Caribbean civilisation.  The contribution of the United States Geological Survey (USGS) and its Volcano Disaster Assistance Programme (VDAP) to the work of the SRC in Saint Vincent and the Grenadines is generous and deeply appreciated by our government and people.  Multilateral support across countries in every area of human endeavour is the way forward for humanity’s further upliftment. Thanks again to USGS, VDAP, and SRC! We love you!”

The UWI-SRC in partnership with the SVG National Emergency Management Organisation (NEMO) continues to enhance the monitoring of the La Soufrière volcano and actively seeks partnerships to bolster not only the various networks but to engage in data collection and sharing to better understand the current activity and plan for any scenario.