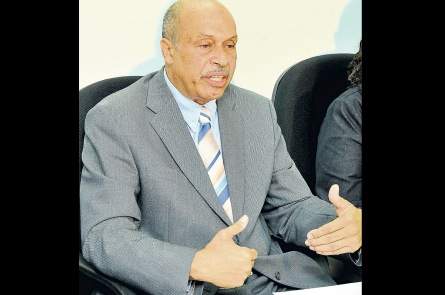 The Antigua State College (ASC) is pleased to announce that University of the West Indies
Professor Emeritus Errol Miller is booked to deliver the 14th Dr Alister Francis Memorial
Lecture. The event is scheduled for Wednesday 6th June 2018 at 7:30 pm at the University
of the West Indies Open Campus on Factory Road.

Miller is a distinguished professor who has conducted significant research on race, gender
and other social issues in the region. He is the author of the popular book, “Men at Risk,”
which is largely viewed as a landmark study on male marginalization.

Miller, a renowned educator, was once a dear friend and colleague of Dr Alister Francis –
for whom the lecture series is named.

“It is an honour to have Professor Miller as our lecturer this year,” ASC Principal Hyram
Forde said. “He comes with a long and distinguished background in education and is one of
the region’s foremost authorities on race and gender. He will no doubt deliver a lecture that
is in keeping with the high standard we have established with the Dr Alister Francis
Memorial Lecture Series.”

The College hosts the lecture series to celebrate the life’s work of its beloved founding
principal, Dr Alister Francis, who had a distinguished career in education and played a
pivotal role in the College’s development. Each year the lecture series brings distinguished
educators to share their thoughts on education in a socio-economic and cultural context.
Professor Miller joins a long list of prestigious guest lecturers including University of the
West Indies Vice Chancellor Sir Hillary Beckles, OECS Director General (then CXC Registrar)
Dr Didacus Jules, Vincentian Prime Minister Dr Ralph Gonsalves and, most recently, Rhodes
Scholar and ASC Alumna Felice Swapp.

A Department of the Ministry of Education, St. John’s, Antigua ASC A founding member of the Association of Caribbean Tertiary Institutions Inc. (ACTI)

The 14th Dr Alister Francis Memorial Lecture starts at 7:30 pm and guests are asked to be
seated by 7:15 pm.