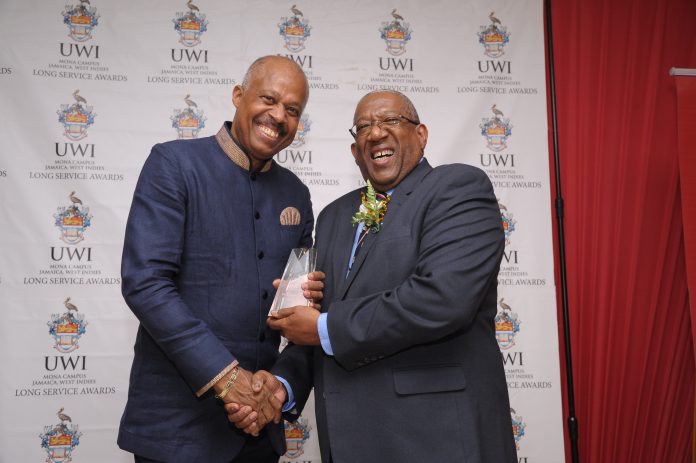 On March 10, regional finance leaders in the private sector went into retreat with the leadership of The University of the West Indies (The UWI), to discuss how best to bring the institution to market with investment instruments. The meeting, which was held at its Cave Hill Campus in Barbados, was a historic one for The UWI.

The group received a UWI strategy presentation from the Vice-Chancellor, and a private sector investment road map into The UWI from its Pro Vice-Chancellor for Industry-Academic Partnerships, Professor Denzil Williams. In addition, The UWI’s five Campus Principals presented a roster of projects being prepared for private investments using bonds and Initial Public Offering (IPO) options.

The UWI is seeking sustainable revenue streams from non-government sources in order to sustain its growth and reputation as the number one university in the Caribbean, ranked among the top 4% of the world’s best. Currently, the governments of the region contribute 48% of The UWI’s total operational budget, down from 75% just 25 years ago. “Its future growth and modernisation will require access to the private investment option,” the Vice-Chancellor noted.

Strategic growth and development call for investments in modern for-profit facilities that will generate net incomes to support future capitalization. The group considered the relative merits of debt and equity financing, and looked at the short-term capital injection and long-term sustainability options. The idea of a dedicated UWI Alumni bond was also considered.

Vice-Chancellor Beckles concluded that, “A select strategy committee, guided by The UWI’s Schools of Business, will begin the task of preparing the institution for investment readiness and carving the path to the private market.” The first venture is likely to be rolled out during the summer, with others coming on stream for 2021/2022.