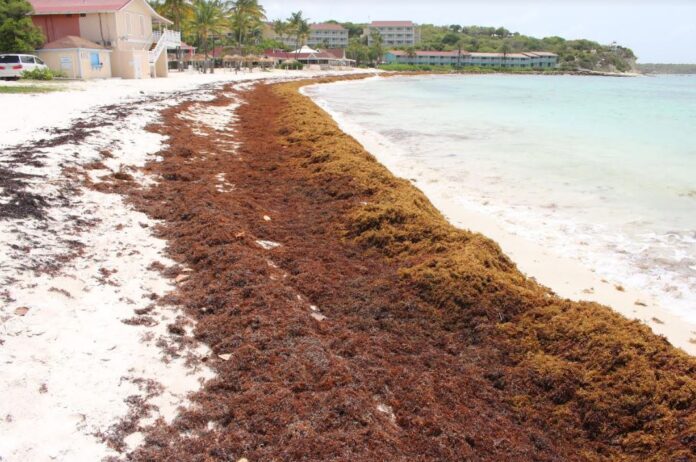 This is according to the March 2021 Sargassum Sub-Regional Outlook Bulletin published by the UWI Centre for Resource Management and Environment Studies, Cave Hill, Barbados.

According to the report, the level of sargassum arriving  has increased considerably as there is six per cent more that is now visible in the Atlantic than this time last year.

The report also said that considerable cloud cover could be hiding even more, but probably still below 2018 levels, the worst year to date.

In its current outlook for March to May, Northern islands are set to receive moderate influxes from late March to April, with little to nothing in May.

Middle islands will continue to experience moderate influxes over the next three months similar to last year without the major peak seen in May.

After a light two months, the southern islands are expected to receive severe influxes of sargassum peaks over the next three months.

There are also implications for the fisheries sector.

Fisherfolk in the southern islands can expect disruption at windward landing sites due to mass influxes making it difficult to access boats and moorings.

Offshore vessels particularly in the southern area should be cautious when traveling at night to avoid becoming trapped in large sargassum mats.