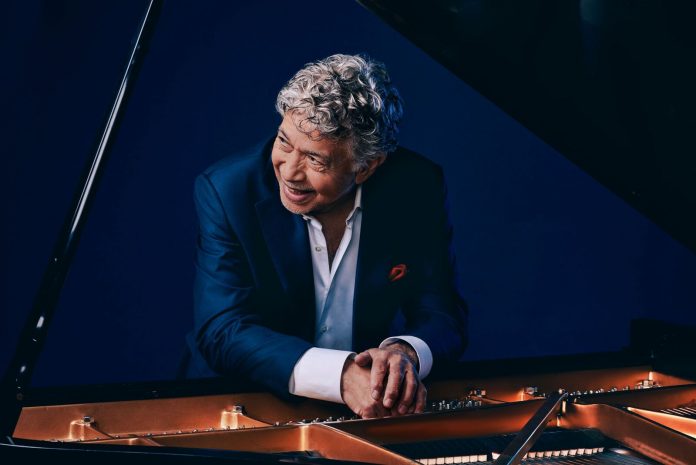 Over five decades of performances and more than 70 CDs later, award-winning Jamaican-born jazz maestro, Monty Alexander, is being bestowed with doctorate degree from the University of West Indies, (UWI).

Alexander, born Montgomery Bernard Alexander on D-Day in Kingston, Jamaica, will be presented with an Honorary Doctor of Letters from the UWI Mona Campus this November.

The degree was approved by the University’s Council and will be conferred at the 2018 graduation ceremonies and presented by Chancellor Robert Bermudez.

The man, who singer extraordinaire, Tony Bennett, has declared put on one of the “best jazz shows” he has ever seen, will be one of four stellar Caribbean-born musicians who will be presented with honorary doctorates by UWI. They include Bajan star Rihanna; fellow Jamaican artist Grace Jones, and Winston A. Bailey, aka the Mighty Shadow, from Trinidad and Tobago.

In commenting on the incredible recognition and prestigious honor, Alexander said humbly: “I have a sense of great privilege and gratitude.”

Alexander began his musical career at age four by playing Christmas carols by ear. By age 5, he was entertaining neighbors and relatives and at age 6, he was taking his first piano lessons.

While he resisted formal instruction, he absorbed all the musical flavors from his homeland and which comprise his mature sonic palette of today.

Alexander began playing in local Kingston clubs at 14, when he also made his first recordings, some as leader of a group called Monty and the Cyclones, and others as a sideman for such legendary producers as Ken Khouri (Federal Records), Duke Reid (Treasure Isle), and Clement Coxsone Dodd at Studio One.

These early sessions for Federal, which Alexander describes as “not calypso music, but the beginning of Ska,” included such subsequently famous talents as trombonist Don Drummond, tenor saxophonist Roland Alphonso and guitarist Ernest Ranglin.

Alexander is most widely known as an upper echelon master of the swinging piano trio function, as he has demonstrated with several top-shelf groups, including iconic units with bassist John Clayton and drummer Jeff Hamilton, and with the legendary bassist Ray Brown and guitarist Herb Ellis.

He also performs frequently with Harlem-Kingston Express, a double trio in which he coalesces his love for hard-swinging jazz with musical flavors that reflect his Jamaican heritage, shifting between an acoustic trio and master Jamaican practitioners of electric bass and drums. He debuted the project at Jazz at Lincoln Center in 2009 and documented it both on the Grammy-nominated 2011 CD, Harlem-Kingston Express: LIVE, and its 2014 Soultrain Award nominated follow-up, Harlem Kingston Express 2: The River Rolls On (Motéma).

For more on the Monty Alexander and his amazing brand of jazz, visit him on YouTube or at montyalexander.com. You can also like him on Facebook at facebook.com/officialmontyalexander or keep up to date on his performance on Twitter at @montyHKE.

Established in 1948, UWI is the largest and longest standing higher education provider in the English-speaking Caribbean. In its more than 60 years of existence, UWI has evolved from a fledgling college in the Caribbean island of Jamaica with 33 students to a full-fledged University with over 45,000 students, approximately 9,000 graduates annually and more than 120,000 alumni. The impressive network of UWI alumni includes one Nobel Laureate, dozens of Rhodes Scholars and more than 18 current and former Caribbean prime ministers and heads of state.