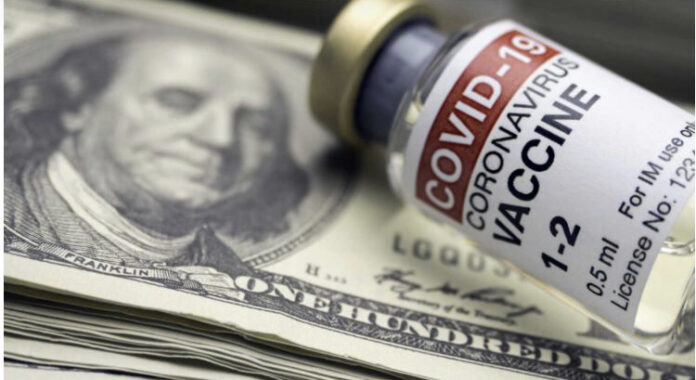 Governor Albert Bryan during his Monday Covid-19 press briefing announced a plan to boost Covid-19 vaccinations in the U.S. Virgin Islands: giving away $100,000 to one person every week for 10 weeks until $1 million is exhausted.

Bryan announced the vaccine lottery — a popular tactic being utilized on the U.S. mainland and around the world — to boost vaccination numbers which he said has stalled at around 40,000 full doses.

The governor said the territory’s pace in administering vaccines has “gone to a trickle now.” He added, “It continues to go down — people are not calling in and we’re stuck at the 40,000 number.” Mr. Bryan’s goal is to arrive at 50,000 full vaccinations by July 1.

The vaccine lottery will start on July 7, according to Bryan, (Gov’t House said July 6 in a release issued after the press briefing) and will be paid for utilizing federal dollars provided to encourage inoculation.

Importantly, everyone that is vaccinated — including those who choose to take the shot between now and implementation date — will be eligible to win.

Bryan told the Consortium that rules were being put in place to ascertain that the process is as transparent as possible. He further stated that anyone in his immediate family would be disqualified from the process, and that if he were to win, he’d donate the money to the University of the Virgin Islands.

The lottery is being conducted in conjunction with the V.I. Lottery, the governor said. And only V.I. residents will qualify.

A number of jurisdictions have been utilizing lotteries to boost vaccination numbers. Ohio’s Vax-a-Million pays out $1 million to a lucky vaccinated individual. In Hong Kong, private businesses are providing incentives, including a chance to win a $1 million home.

In the Caribbean, Antigua and Barbuda has been offering food vouchers.

According to the Wall Street Journal, economists say payouts made by lotteries for people vaccinated against Covid-19 are minimal compared with the costs associated with the virus. — BVI Consortium

ABLP to hold national convention this year in preparation for general...