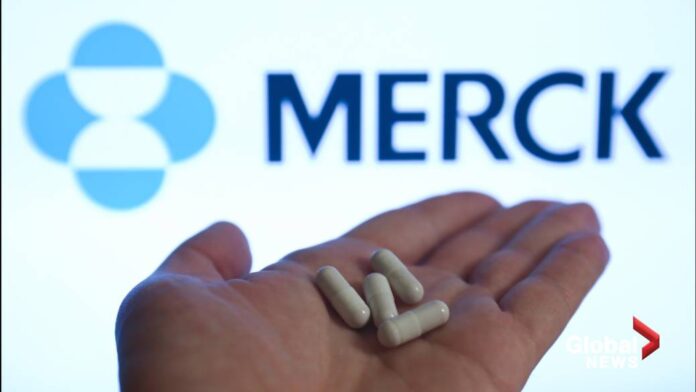 (AFP) — The US Food and Drug Administration (FDA) on Thursday authorised Merck’s COVID pill for high risk adults amid a winter surge of cases driven by the highly infectious Omicron variant.

The decision to grant an emergency use authorisation came a day after the agency gave a green light to a similar but more effective pill developed by Pfizer.

“Today’s authorization provides an additional treatment option against the COVID-19 virus in the form of a pill that can be taken orally,” said FDA scientist Patrizia Cavazzoni.

The pill developed by Merck, which is known as MSD outside the US and Canada, is taken within five days of symptom onset and was shown in a trial of 1,400 participants to reduce COVID hospitalisations and deaths by 30 per cent among at-risk people.

Pfizer’s pill reduced the same outcomes by almost 90 per cent.

While vaccines and boosters remain the foremost tools in the fight against the virus, experts have welcomed the addition of new oral treatments, which should eventually be easy to access at pharmacies following a prescription.

Until now, the main treatments have been synthetic antibodies or Gilead’s antiviral remdesivir, which are administered by infusion.

Because neither Pfizer nor Merck’s treatments target the ever-mutating spike protein that dots the surface of the virus, they should be more able to withstand new variants, such as Omicron.

Both companies have said early lab testing has borne out this hypothesis.

While both treatments were found to be generally safe in clinical trials, more potential concerns have been raised about Merck’s pill, called molnupiravir.

The FDA has not authorised Merck’s pill for people under 18 because it may affect bone and cartilage growth.

It is not recommended for use in pregnant women because of the potential foetal harm which was identified in animal testing, but doctors can still decide if the benefits outweigh the risks in individual cases.

Independent experts convened by the FDA narrowly voted in favour of authorising molnupiravir in early December. Several who voted “no” highlighted the potential risks.

Preliminary data about its efficacy was more encouraging, suggesting a 50 per cent reduction in severe COVID, but this was later downgraded to 30 per cent after the final analysis included more cases.

The FDA did not convene a panel of experts to discuss Pfizer’s pill, instead opting to authorize it without seeking their advice.

Eight capsules of molnupiravir are taken orally for five days, for a total of 40 capsules.

Molnupiravir works by incorporating itself into the genome of the virus, causing mutations that prevent viral replication.

The drug has previously been authorized in Britain and Denmark.