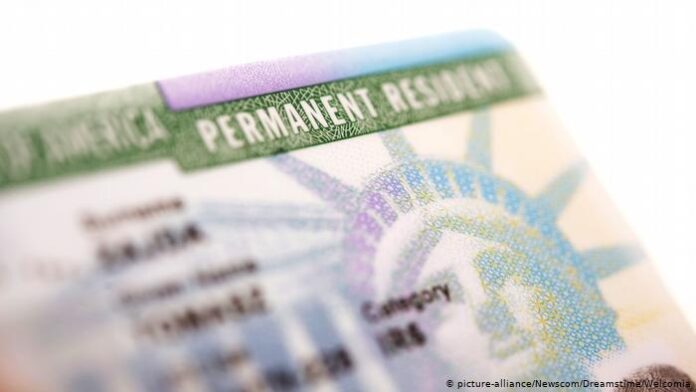 The US president on Wednesday revoked a ban on the issuing of green cards by his predecessor that lawyers said was blocking most legal immigration to the US.

President Biden has been reversing Trump’s policies on immigration, revoking the former president’s orders and issuing more of his own.

What Biden said about lifting the ban

Lifting Trump’s Presidential Proclamation 100014, Biden said it “does not advance the interests of the United States.”

“To the contrary, it harms the United States, including by preventing certain family members of United States citizens and lawful permanent residents from joining their families here,” Biden said in his proclamation.

“It also harms industries in the United States that utilize talent from around the world.”

Who was impacted by the ban?

The proclamation in April last year cited a need to protect US jobs amid high unemployment rates caused by the coronavirus pandemic.

It stopped the issuing of green cards for certain people outside the US seeking to immigrate legally.

As many as 120,000 family-based preference visas were lost largely because of the ban.

The ban went on to include individuals with employment-based visas unless they were considered beneficial to the national interest such as health care professionals.

It also also slammed the door on thousands of Diversity Visa Lottery winners who were randomly chosen from a pool of about 14 million applicants.

On December 31 Trump had extended the banning orders until the end of March.