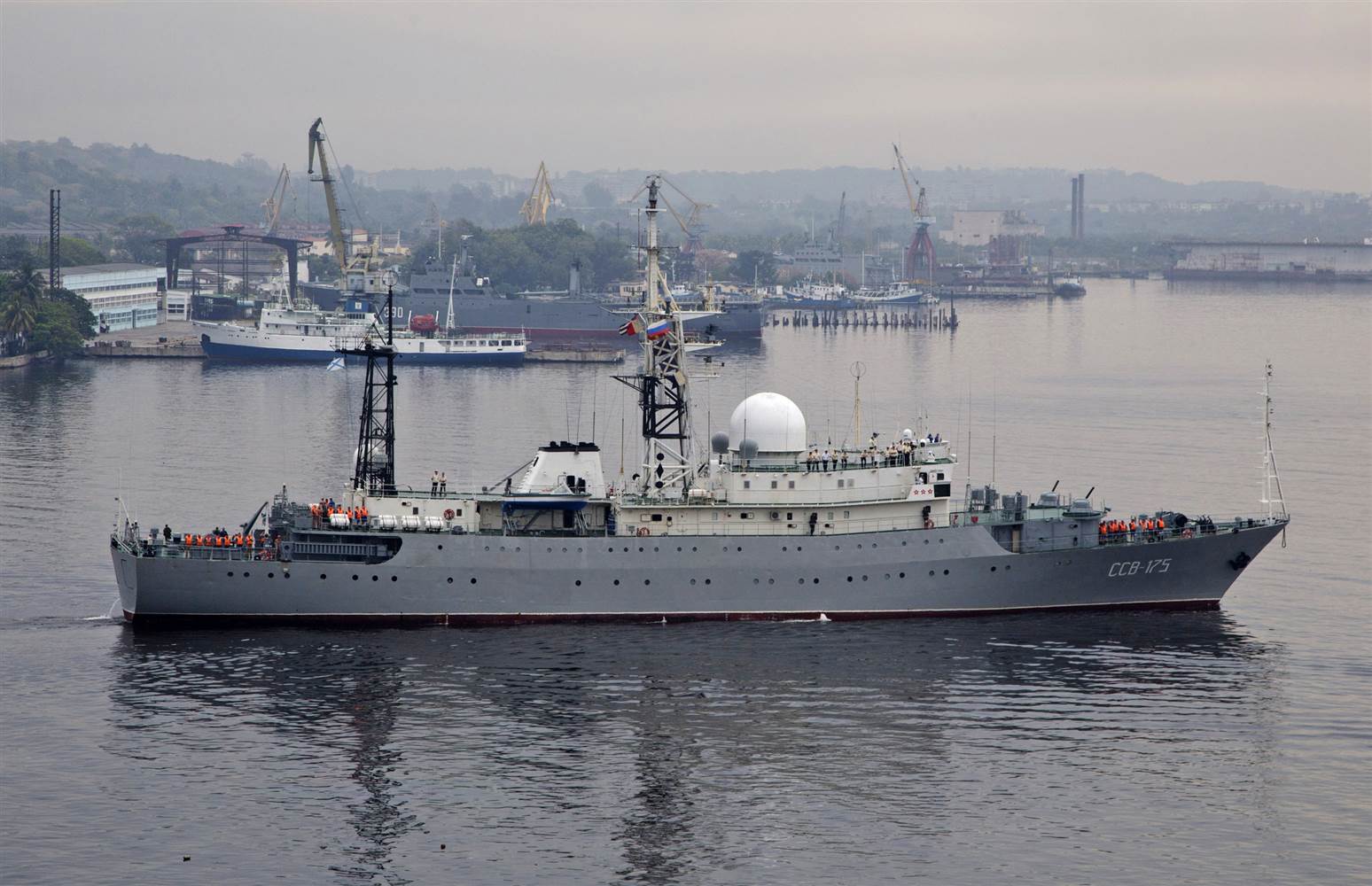 United States Department of Defense officials say Russia has dispatched an intelligence gathering ship to the Caribbean Sea that is being closely monitored by the Pentagon.

The spy ship, Viktor Leonov was spotted leaving Port-of-Spain in Trinidad and Tobago on Monday after five days on the island, the Washington Free Beacon newspaper has reported.

US Officials familiar with reports of the intelligence gathering ship said the ship’s current destination is unknown.

Kings Bay is home to the US Navy’s Submarine Group 10 that includes 10 nuclear missile submarines, as well as special operations submarine forces, while Norfolk is the location of the Navy’s major East Coast naval base, and New London is also a major submarine base near Groton,.

One official said the AGI ship, for auxiliary, general intelligence, is being tracked by the US Navy and appears similar to previous Russian operations in this region.

“What makes it noteworthy is the increase of Russian naval activity worldwide. It makes us pay close attention, not to the tactics, but to how this fits into overall Russian naval behaviour.”

The Leonov deployment also is another example of Russia’s increase maritime competition with the United States.

“This time in our backyard. Most assume competition will be seen and felt far from home. This is another reminder that we are an island nation subject to naval competition right off our shores.”

Last February, the Leonov was followed after sailing some 30 miles off the coast of Connecticut. The ship then moved to waters off Norfolk, the Beacon said.

The officials commented on the Leonov after the activities of the ship were first disclosed by Steffan Watkins, a Canadian security analyst who closely tracks Russian ship movements.

Watkins said he used “Somint” –social media intelligence gathering -to trace the Leonov’s movements beginning with its mid-December sail from northeastern Russia and crossing the English Channel on Christmas Eve.

He also discovered Facebook postings by a Russian suspected of being one of the Leonov’s crew members that showed photos of the crew’s liberty in Port of Spain, according to the Beacon.

“Viktor Leonov arrived in Port of Spain and departed the morning of January 15 after spending five days restocking her stores,” said Watkins, noting past deployments have lasted around six months and included stops at Russian-allied states, such as Cuba and Nicaragua.