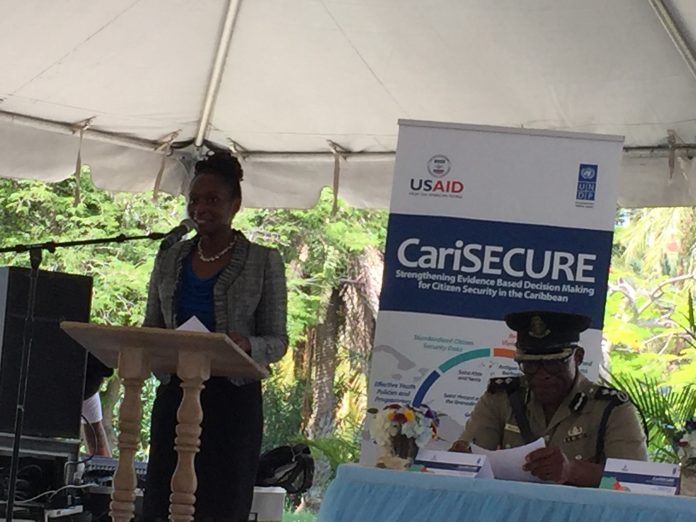 The United States Government, in collaboration with the Government of Antigua and Barbuda, today launched a Police Records Management Information System (PRMIS). The PRMIS is designed to help the Police Force to improve data management and analysis and will be piloted in two police stations – the Dockyard, and St. Johns Police Stations.  It will ultimately strengthen police response to support crime reduction using measures such as geo-mapping; and victim and offender profiling.

The system is a key component of the United States Agency for International Development’s (USAID) CariSECURE project.  PRMIS uses standardized crime and violence data to foster evidence-based policy and programming across eight eastern and southern Caribbean countries, including Antigua and Barbuda. These countries will benefit from customized software that allows for cross-country comparisons and generates high quality data to support cohesive regional crime strategies and responses. Antigua and Barbuda is the fifth country to launch the PRMIS.

Addressing the PRMIS launch, USAID Foreign Service Officer, Simone Brown, noted that technology and data play essential roles in unearthing the root causes of crime.  She added, “This data, when transformed into intelligence, allows law enforcement and policy makers to better understand those root causes of crime and violence and design responses that bring about greater effectiveness” in policing. Brown commended the Government of Antigua and Barbuda on embracing the initiative and encouraged the Government to fully expand the system to all police stations in order to reap its full benefits.

UNDP Resident Representative, Magdy Martinez-Soliman, stated that “the police are an essential actor in any serious evidence-based crime prevention policy. As the Government of Antigua and Barbuda builds up the capacity of its Police Force, it also contributes to Goal 216 and the SDG Agenda at large.” He added ‘Never has there been such a strong political momentum to fight the high levels of violent crime. And the firm responses put in place are already yielding results”. 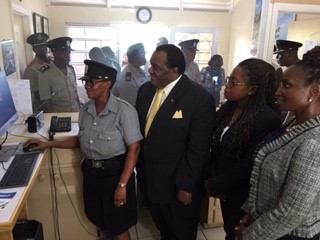 CariSECURE is a component of USAID’s wider Youth Empowerment Services (YES) Project, which aims to reduce youth involvement in the Caribbean.  CariSECURE is implemented by the United Nations Development program (UNDP).