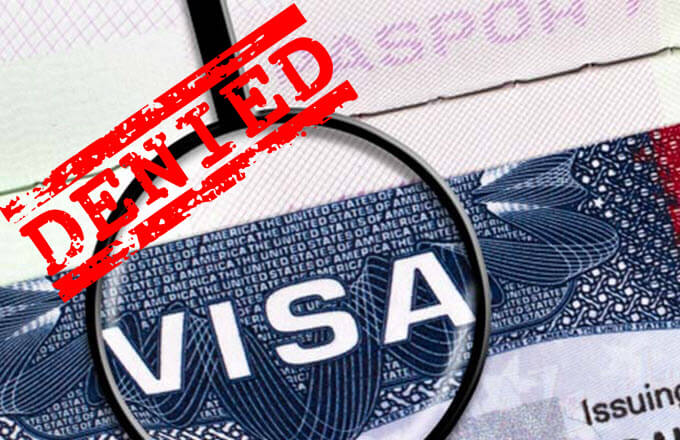 After a family of five was denied renewal of their U.S Visas, the Barbados-based embassy is denying that it’s because of President Donald Trump.

The billionaire turn president was swept into power last November with his unapologetic anti-immigration rhetoric.

The Antiguan family who applied for the renewal of their visas in June said the embassy denied them for “not returning.”

A family member told Antigua News Room that they held their visitor’s visa for ten years and never overstayed.

The woman said the consular officer didn’t even look at their documents after paying US$160 per applicant and buying four plane tickets.

Since coming into office, the Trump administration has made it tougher for millions of visitors to enter the United States by demanding new security checks.

In recent weeks, several residents have asked us to look into what appears to be a spike in US visa denials.

When contacted the US Embassy said in a statement that “the standards by which U.S. consular officers adjudicate visas have not changed since the Trump administration took office.”

It admitted that while new screening processes have been introduced, “the Bureau of Consular Affairs has estimated that these changes impact only a fraction of one percent of the more than 13 million annual visa applicants worldwide.”

Recently the embassy confirmed that it now checks the social media pages of some applicants.

Data from the US also suggests that more than 200 Antiguans and Barbudans overstayed their US Visa last year.