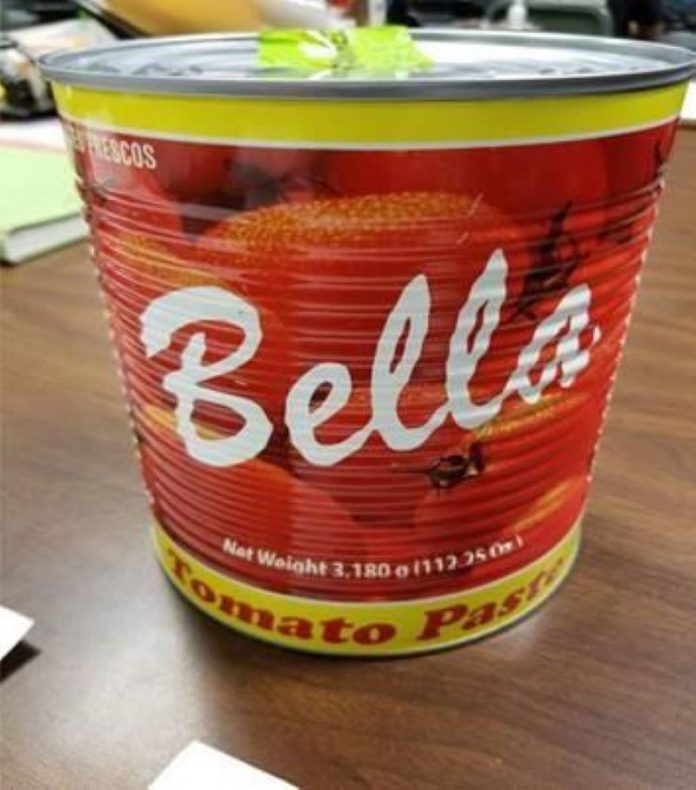 An arriving passenger at John F. Kennedy International Airport had a little more than spaghetti and meatballs in mind as U. S. Customs and Border Protection officers seized his illegal condiment.

Mr. Morales was arrested for the importation of a controlled substance and was turned over to Homeland Security Investigations (HSI).  The weight of cocaine seized was approximately 5 lbs. with an estimated street value of $160,000.

“The smuggling of illicit drugs poses a significant threat to our nation, and CBP does its part in keeping these drugs off our streets.” said Troy Miller, Director of CBP’s New York Field Operations.  “As America’s unified border security agency, our employees are determined to protect the public from these substances.”

Mr. Morales now faces federal narcotics smuggling charges and will be prosecuted by the U.S. Attorney’s Office in the U.S. Eastern District Court of New York.

All defendants are considered innocent unless and until proven guilty.