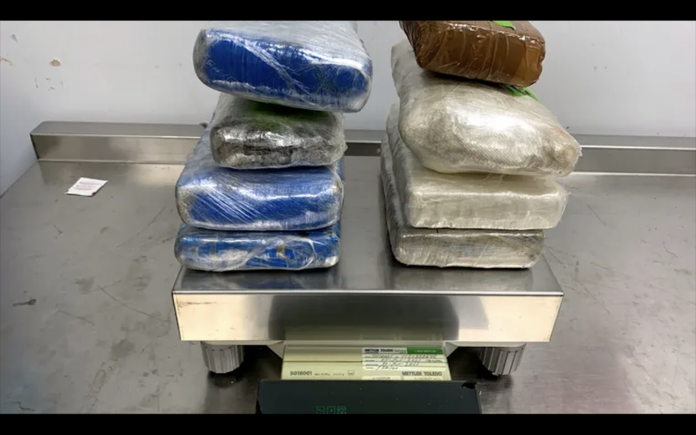 “CBP officers met the American Airlines flight as it gated, observed the aircraft baggage offload, and then climbed into the cargo hold to conduct a routine examination,” said CBP in a statement. “That’s when CBP narcotics detector dog Dasha immediately alerted to an access panel.”

CBP said officers seized the cocaine, which weighed a combined 8.246 kilograms, or about 18 pounds, three ounces. The cocaine has an approximate street value of about US$580,000, CBP said.

It said while no arrests have been made, an investigation continues.

“Narcotics interdiction remains a Customs and Border Protection priority, and it is a mission that we conduct every day,” said Joseph Martella, CBP’s Area Port Director in Philadelphia.